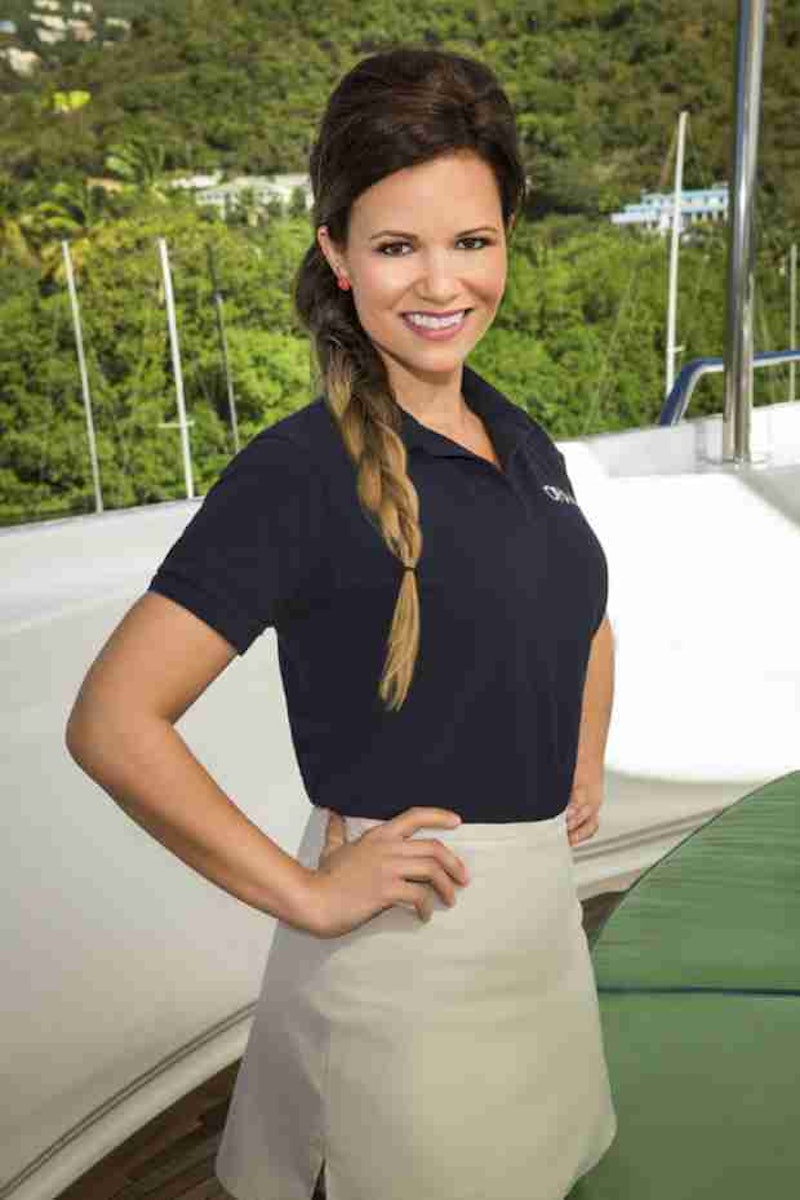 It's looking doubtful that we'll ever find out what really went on with Below Deck stars Kat Held and Amy Johnson, but from the sounds of things, looks like Johnson is blaming Held for their rift. Thus far, all we really know about the relationship between the two stewards aboard the Ohana is that they worked together in the past; they used to be good friends; and something happened that drove them apart. Beyond that, not much. Though Johnson did just speak out about her relationship with Held in an interview, and it kind of seems like she blames Held for whatever went wrong. In an interview with Wet Paint, Johnson said:

[Kat] betrayed me as a friend, didn't have my best interest at heart and basically dissolved the friendship I thought we had. There’s a line and once someone crosses it, not only does it show their true character, but it forever changes the relationship.

Johnson also revealed that she was leery of working with Held “because of stuff in [their] past." Hmm... still no insight as to what happened between the two girls who apparently were super close at some point. I don't like to point fingers, but in a way, it kind of does seem like Held may hold the majority of the responsibility for what went wrong. In addition to Johnson's comments, remember how strange she acted in the premiere episode when Johnson tried to bring things up?

Clearly, this is something the ladies don't want to talk about, and likely won't for some time (though maybe Andy Cohen will press them at the reunion?). But if I had to take a wild stab at what happened between them, I'd venture to guess that Held did something when she was drunk. We all know how Held gets when she's had too many cocktails — maybe she said something she shouldn't have; or kissed someone she shouldn't have? Come on, ladies, just tell us!

Either way, it doesn't seem like Johnson and Held will ever be besties again. I mean, after Johnson's cryptic interview, how could they ever go back to being super cool?