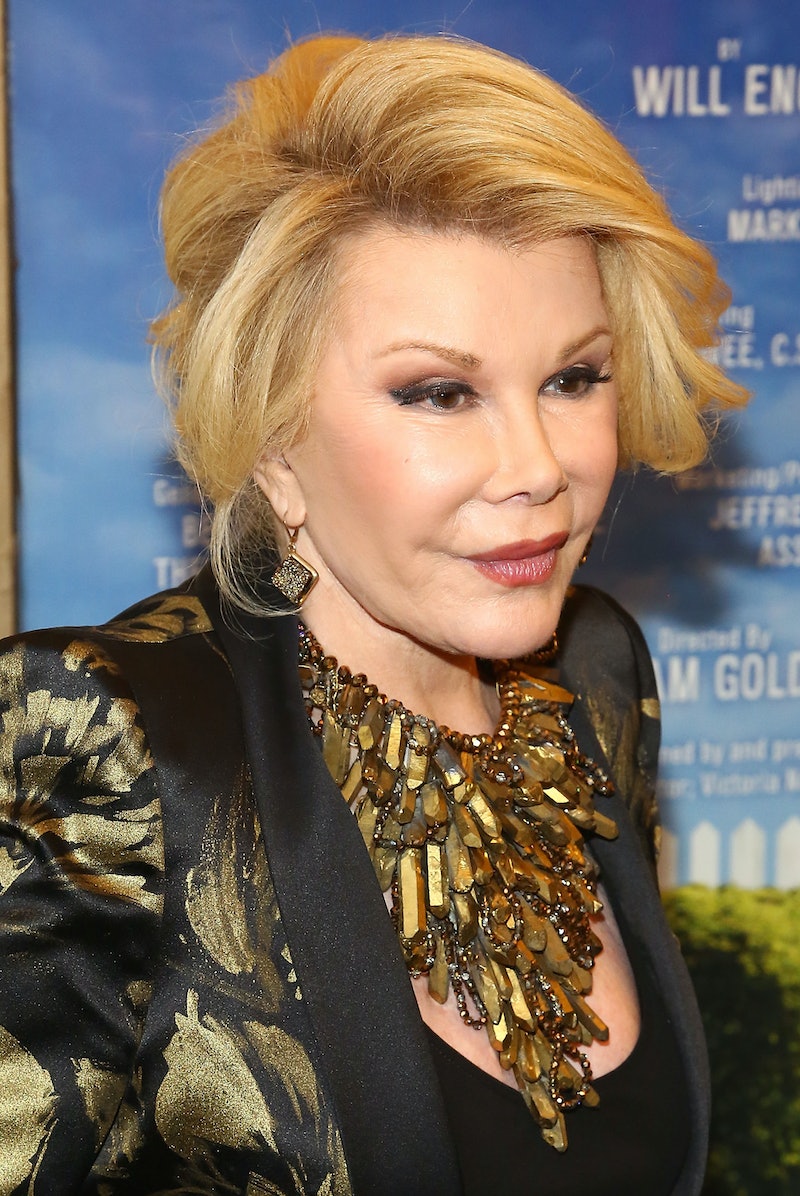 The incredibly sad news that Joan Rivers passed away at 81 has only recently broken, but the road leading up to this unfortunate news has been a painful one. Rivers was hospitalized on Aug. 28 after complications arose during a routine surgery on her vocal cords. After being rushed to the hospital, the legendary comedian was placed on life support and at one point was under a medically-induced coma. As for how a routine procedure could end up leading to Rivers' death, as was reported soon before Rivers' passing was made public, the New York State Department of Health is investigating the surgery.

Spokesman James O'Hare told the Associated Press that the Department of Health would be looking into "the whole matter," but declined to comment any further on the investigation.

Throughout her time under hospital care, Rivers' daughter Melissa Rivers kept fans updated on the status of her mother and was the one to release the news of Joan's death saying,

It is with great sadness that I announce the death of my mother, Joan Rivers. She passed peacefully at 1:17pm surrounded by family and close friends. My son and I would like to thank the doctors, nurses, and staff of Mount Sinai Hospital for the amazing care they provided for my mother. Cooper and I have found ourselves humbled by the outpouring of love, support, and prayers we have received from around the world. They have been heard and appreciated.My mother’s greatest joy in life was to make people laugh. Although that is difficult to do right now, I know her final wish would be that we return to laughing soon.

Hopefully the Department of Health's investigation will shed some light on what happened with Rivers' surgery and what lead to her death.