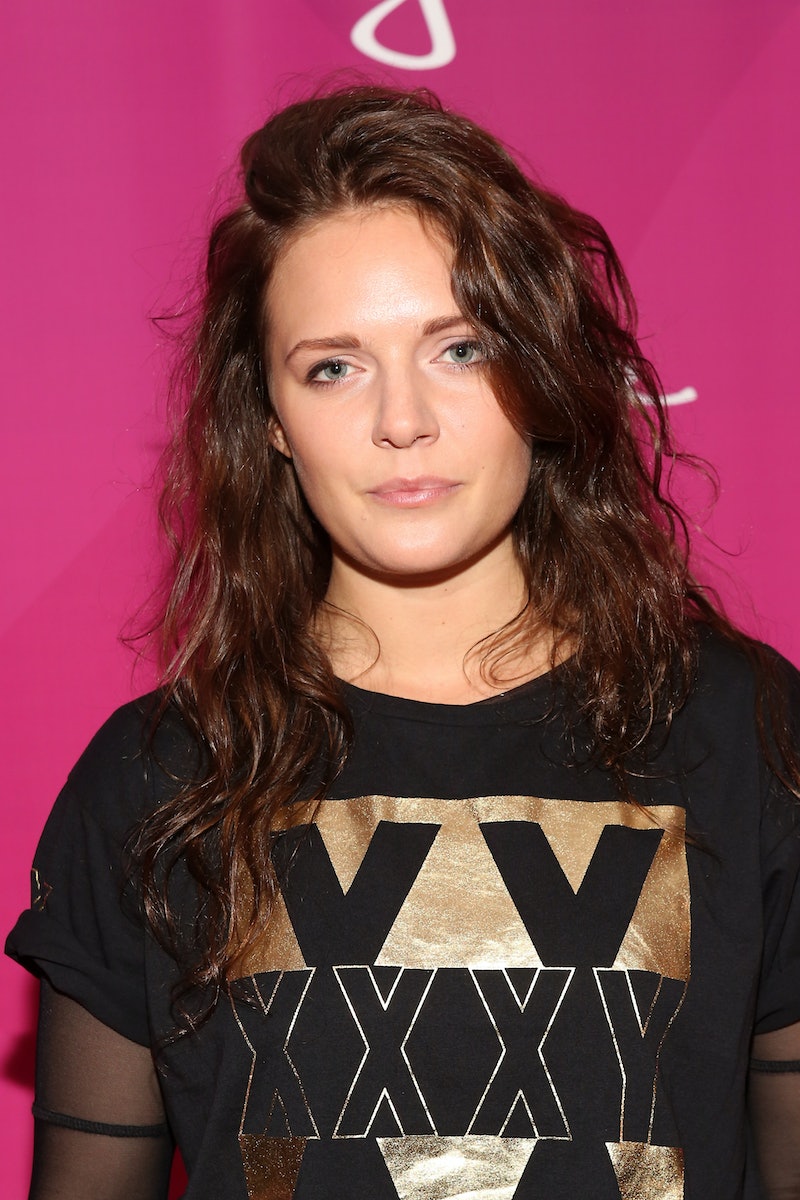 "You're gone and I gotta stay high all the time to keep you off my mind," Swedish pop singer Tove Lo confesses on "Habits (Stay High)," her quirky-yet-powerful breakout hit that's climbing the charts in the United States. Originally released in Sweden in 2013, "Habits" currently sits at number 20 on the Billboard Hot 100 chart — and I have a feeling that it's only going to get bigger. On September 30, Lo will release her full-length debut album, Queen of the Clouds , in the United States, which makes now the perfect time to get to know the compelling 26-year-old artist who has a knack for pairing tight pop hooks with gut-wrenching, unforgettable revelations about love.

Yes, I think we're going to be hearing "Habits" on the radio a lot in the coming months.

"Habits" is an ideal introduction to Lo's aesthetic — it's catchy, it's punchy, and its lyrics will knock the wind out of you when you least expect it. On the song's first verse, Lo (or a fictional narrator — it's always dangerous to assume that a song is about the artist) finds herself going to extremes to try and avoid thinking about a past relationship — but forgetting about her ex is becoming an increasingly difficult task:

I eat my dinner in the bathtub

Then I go to sex clubs

Watching freaky people gettin' it on

It doesn't make me nervous

If anything, I'm restless

Yeah, I've been around and I've seen it all

Lo then goes on to describe her ritual upon returning home from a night of heavy drinking: binging on food and passing out. In the morning, she'll wake up and do it all over again. It only takes Lo a few lines to paint a vivid portrait of a woman who's so desperate to "numb the pain" in her life, she'll try anything. And when "Habit's" massive chorus comes crashing in for the first time, believe me, you can feel that desperation:

Spend my days locked in a haze

Trying to forget you, babe

I fall back down

Gotta stay high all my life to forget I'm missing you

"Habits" is heavy on the drama, yes, but it works, because you never once have to question whether or not the sadness, anxiety, and at times, all out terror in Lo's voice is genuine. You know that her emotions are real because of the way that listening to "Habits" makes your heart hurt. "Habits" is a pop song, yes, but Lo never lets top 40 radio conventions stand in the way of her captivating and raw storytelling — and that's what makes her music so special.

If "Habits" piques your interest, I strongly recommend checking out Lo's fantastic debut EP, Truth Serum , which is available on iTunes now. Keep an eye on Lo. She's a fascinating artist to watch.