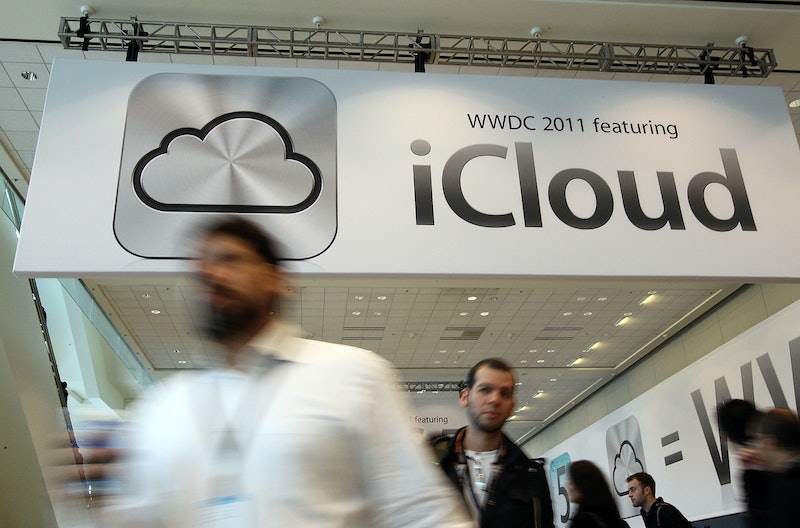 On Sunday, numerous celebrities — including Jennifer Lawrence, Makayla Maroney, and Kate Upton — apparently saw their personal photos uploaded to the web from their iCloud accounts. After such a huge breach in privacy, it's time to ask: How do you protect your information on iCloud — which, if you have a Mac, you'll definitely be using?

Some celebrities, like tween star Victoria Justice, have claimed the pictures are fake. Olympic gymnast Makayla Maroney originally claimed the photos were fake, but then said they were real – but also illegal. Maroney said the pictures were taken when she was a minor, making the images child pornography, and their download or distribution a federal crime.

Apple weighed in a few days after the breach. On Tuesday, after a 40 hour investigation, they released a statement saying that the hacking was the result of "targeted attack," not an iCloud flaw. More specifically, Apple pointed the finger at the lazy use of passwords and usernames — "a practice that has become all too common on the Internet." So basically, Apple doesn't think it's to blame here.

Wherever the blame lies, if you've become reinvested in virtual privacy — as much of an oxymoron as that sounds — there are a bunch of easy steps that can make anyone's digital life more secure.

Complex and Diverse Passwords and Usernames

Of course, Apple's statement is frustrating because they accept no guilt, but that doesn't mean it's completely useless advice. Having a wide variety of complex passwords makes it hard to guess for an outsider, and also means that if one password gets compromised, not all of your online accounts are compromised. In other words, don't use the password "1234" anymore, and definitely don't use "1234" for every account.

It's hard to wrap your head around the idea that when you delete something from your computer, it's not automatically deleted from your cloud, but it's an important distinction to remember. Once you get use to deleting from both your computer and your iCloud, you can be truly sure that materials you no longer want are really no longer part of your system.

This is a protection service offered by Apple that protects accounts even from people who know your basic password. With the Two-Factor Authentication system, once a correct password has been entered, a single-use code will be sent to the iPhone or other apple device of the user for double verification. To set up that system simply go to My Apple ID, select Manage Your Apple ID, sign in and then select Password and Security and then Two-Step Verification.

Perhaps the most drastic – and controversial – measure you could take is to delete your iCloud account completely. Some people are particularly worried about images, and therefore are disabling the Photo Stream function in iPhoto. (Forbes provides detailed instructions here.)

For the truly spooked, disabling your iCloud completely is possible by going to Settings, then iCloud, and then clicking Delete Account. While Apple provides these instructions on their website, they also provide instructions on tailoring your iCloud uploads to your specifications. For example, allowing automatic iCloud uploads of your iCalendar so you can see your appointments on multiple devices, but turning off iCloud access to Photos, Mail and Internet browsers.

Whatever path you choose to make yourself feel more safe in the virtual world, it's good to know there are plenty of options. With the amount of attention Apple is receiving for this privacy breach, there's no doubt the company — guilty of negligence or not — is developing an increased focus on security measures. The company is gearing up for a announcement of new products — particularly a new iPhone – in the coming days, so we could see it address these concerns very soon.