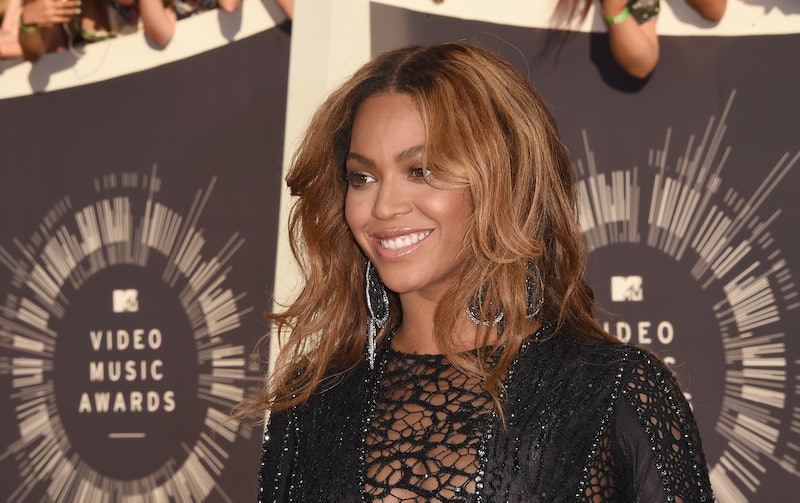 Extremely sad news broke Thursday afternoon when it was announced that Joan Rivers died at the age of 81. Rivers was a pioneer for women, particularly in comedy, and had a very long and successful career. Rivers' death is many things — a tragic event for her family, a great loss to the fans she's made laugh over the years, a highly unfortunate result of a routine surgery — but her death is not, I repeat, is not linked to Beyoncé. Astonishingly, some Twitter users seem to think otherwise.

Soon after news of Rivers' death broke, tweets began circulating about Rivers' death obviously being linked to the Illuminati because she happened to die on Beyoncé's birthday and her last joke tweet happened to be about the pop singer who some consider a demigod. The tweet was actually Rivers' third to last with the other two being promotions for her shows Fashion Police and In Bed with Joan. The tweet reads, "A man reportedly got his finger bitten off at a Beyoncé concert! The shocking twist: It wasn't Jay Z's finger and it wasn't by Solange."

The joke is typical to Rivers' humor and if you've ever heard her wisecracks, you know that it would be hard for her to avoid making this one. But some Twitter users think that a higher power (the Illuminati and/or Beygency) was at work here and planned Rivers' death to land on Bey-Day. While it seems that most of the people speaking out are treating this as a joke (Beyoncé isn't really a demigod, after all), some seem to be making strong cases that this is seriously what happened.

The People Who Looked to the Numbers

The People Who Wondered If There Was Actually Something to This

The People Who Were Sure There Was Something to This

That Beygency sure is fierce.

More like this
Everything To Know About Taylor Swift’s 10th Studio Album, 'Midnights'
By Grace Wehniainen and Jake Viswanath
Is Dua Lipa Dating Trevor Noah? New Photos Show Them Kissing & Hugging
By Brian Anthony Hernandez and Martha Sorren
Wallows Want Their Own Epic “Lizzo Flute Moment”
By Jake Viswanath
Lizzo Twerks While Playing James Madison's 200-Year-Old Crystal Flute Onstage
By Radhika Menon
Get Even More From Bustle — Sign Up For The Newsletter