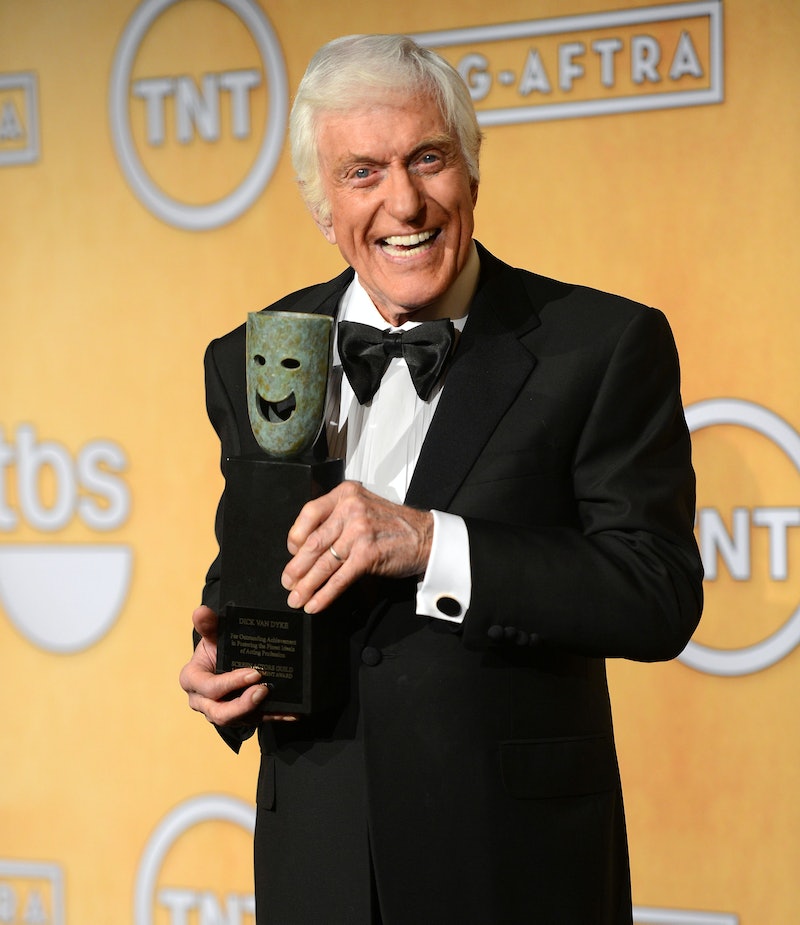 In what's possibly the worst commercial for Jaguar and the best commercial for Dick Van Dyke, the 87-year-old actor was pulled from his sports car that burst into flames on the 101 freeway in Los Angeles, Calif. on Monday. Actually, let me rephrase that. He wasn't pulled so much as he was superfluously encouraged to get out of the car, which he was already doing on his own, thank you very much, and didn't really need the help forced upon him by worried bystanders who'd just witnessed a car spontaneously combust.

Van Dyke, who sung his way into our cruel, ungodly hearts in such classics as 1963's Bye, Bye, Birdie and of course, 1964's Mary Poppins, is surprisingly bad ass, and he wants you to know it. When the local news caught up with him after his vehicle blew up while he was inside, he resented the reporter's implication that he wasn't already halfway out of the car before anyone was there to help him.

Because it's not like he wasn't aware there was an issue, guys — he was literally on the phone with the DMV, OK? Van Dyke was on top of the sitch, people, and didn't need anyone interrupting him to offer aid in the midst of an explosive gas fire when there's sorting out with the Department of Motor Vehicles to be done.

So move over Dwayne "The Rock" Johnson. Take a seat Vin "Diesel." Van Dyke's Hollywood's toughest cat. Not only did he walk away completely unscathed from the car accident, but he totally managed to make us laugh, as well.

Check out the interview with the man, the myth, the legend: