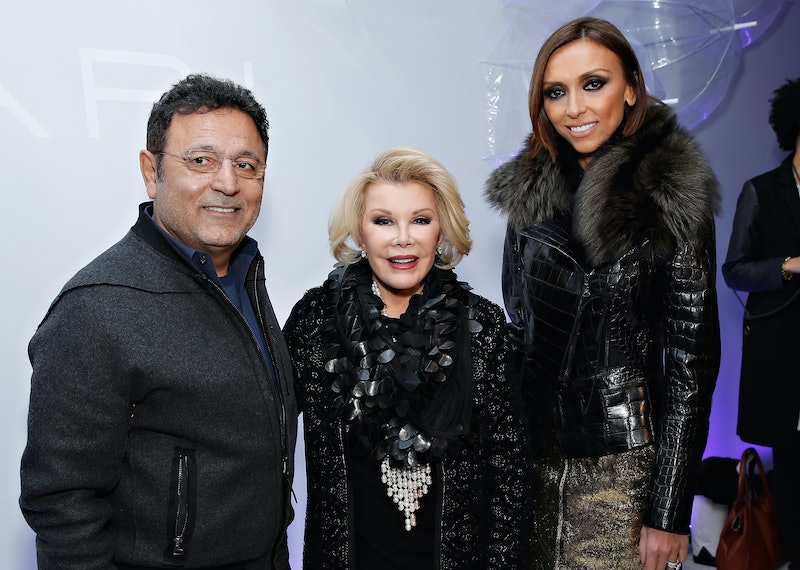 The world seemed to lose a little bit of its oomph Thursday when goddess Joan Rivers passed away. Shortly after the news surfaced, Fashion Police cohost and longtime E! Channel colleague Giuliana Rancic released a statement on Rivers' passing. In her statement, Rancic sends her condolences to Rivers' daughter and grandson, recounts how wonderful it was to work with Rivers, and expresses how fortunate she feels to have had Rivers in her life.

It is almost impossible to describe how much I adored Joan and how much she has meant to me. She was not only the funniest women I have ever met but was incredibly loving, honest, and lived her life with no regrets. Working with her for the last 13 years has been one of the true joys of my life. She could put a smile on your face, instantly, no matter how hard your day was.

My heart goes out to Melissa and Cooper who have lost something that can never be replaced. Their bond was truly one-of-a-kind. They had the greatest mother and grandmother anyone could ever hope for.

My life is so much fuller and happier because I got to share it with this beautiful person, a true genius. I woke up today unable to grasp what the world will be like without her and at the same time feel so privileged to have called her my friend.