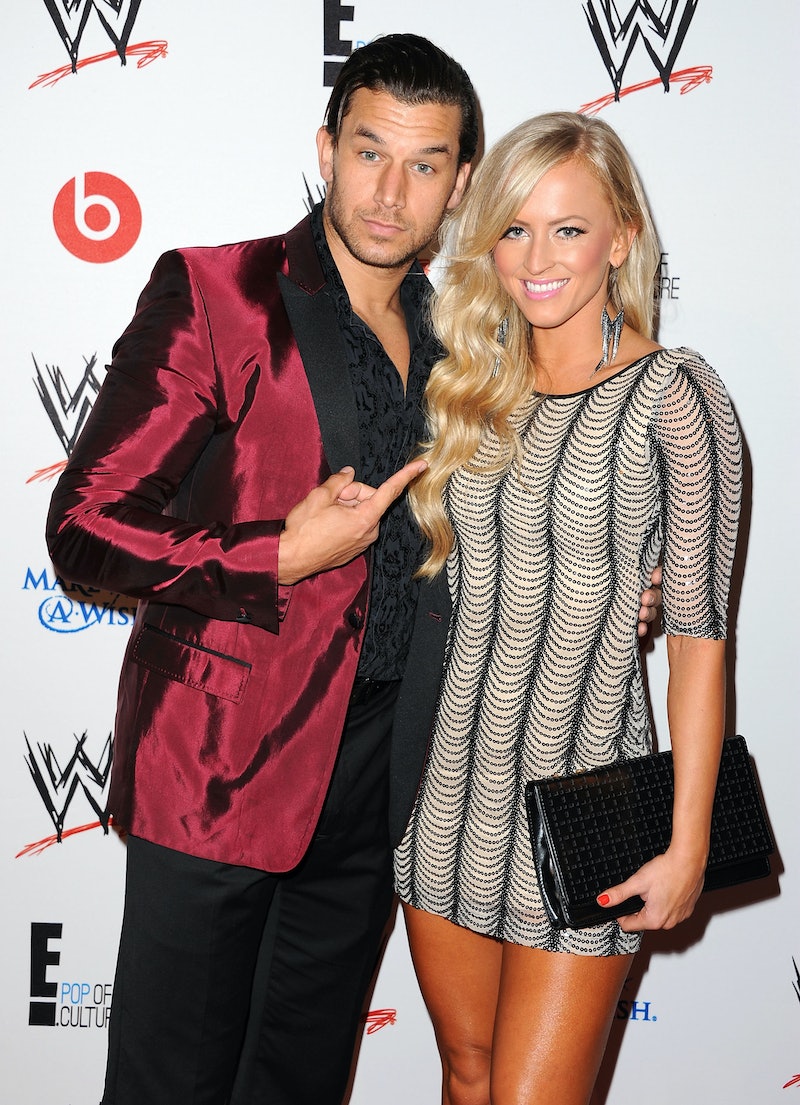 Attention, everyone; lend me your ears: Total Divas' Summer Rae is back. It's been a long couple of months for her following the very public breakup with her WWE dance partner, Fandango. She even disappeared off of the show for several weeks afterwards. No one knows what was happening with her, what she was doing, or where she went. But based on her social media accounts, I've got a pretty good idea of what she was up to during the weeks following her breakup with Fandango.

Now to be honest, with them, it's hard to separate fact from fiction. Were they ever really together? Is this all part of the WWE act? What's real and what's fake? She opened up to E! and said that everything between her and Fandango is cordial and OK. It seems like, based on her reference to Dolph Ziggler in this interview, that her relationship with Fandango was part of the whole act:

Fandango and I are still very good friends... He gives the best advice. There's no weirdness just because we kissed and went out and I learned a lot from that. I learned that it's not good to force love and when I'm not looking it will come around. Dolph Ziggler and I did a storyline together, Layla is my new tag team partner and we are up to no good on WWE programming. It'll be fun to see who I end up going out with off the camera.

She does call her "relationship" with Dolph a storyline. But she also says she learned a lot from the experience with Fandango and learned not to force love. I think it's possible that this was all just a storyline and she developed real feelings for him.

But why was she gone for so long? Wrestling blog Wrestling Rumors speculates that Summer Rae and Fandango's very public breakup was all part of a ploy by WWE to explain Summer's absence from the show. At the time, she was about to begin filming The Marine 4: Moving Target, and Wrestling Rumors says a "leaked script" of the April 14 Monday Night Raw mentions that wrestler The Miz and Summer Rae would be "out of action" due to working on the film. This all seems to make sense to me.

But Summer's back now, haven't you seen the footage?

But back to Summer Rae and her disappearance; what has she been doing during that chunk of time that she was gone?

Well everything between her and Fandango happened on April 8. She didn't Instagram anything from April 6 to April 20, but then reappeared. The caption says it all. She was dealing with a broken heart for awhile, aka she was filming The Marine 4.

Then she started contemplating if her and Fandango would ever get back together. She's still filming the movie.

Then she took a minute, with the Total Divas girls, to support the fight for marriage equality. Yep, you guessed it, still filming.

At a certain point she decided that regardless of what was happening with Fandango that she had to keep living her life. So she did what I assume all divas do when their relationships aren't working: hit the gym! Oh, yeah and she was filming the movie.

So yeah, Summer has been super busy. But now that she's back and broken up with Fandango it looks like her and Layla will be partners and kicking his butt together as a team. I love a good revenge fight! You'll have to keep an eye out for Summer in The Marine 4 and of course, see what she's really been up to in the season premiere of Total Divas on Sept. 7 at 9 p.m. on E!.

More like this
Kim Kardashian Reveals Her Response To Kanye’s Fashion Opinions
By Jake Viswanath
Stanley Tucci & Felicity Blunt’s Relationship Timeline Might Make You A Little Hungry
By Jake Viswanath
Molly-Mae & Tommy Fury Shared The Cutest Gender Reveal Video
By Sophie McEvoy and Sam Ramsden
Who Is Nick Cannon Dating & How Many Kids Does He Have?
By Jordyn Tilchen and Radhika Menon
Get Even More From Bustle — Sign Up For The Newsletter