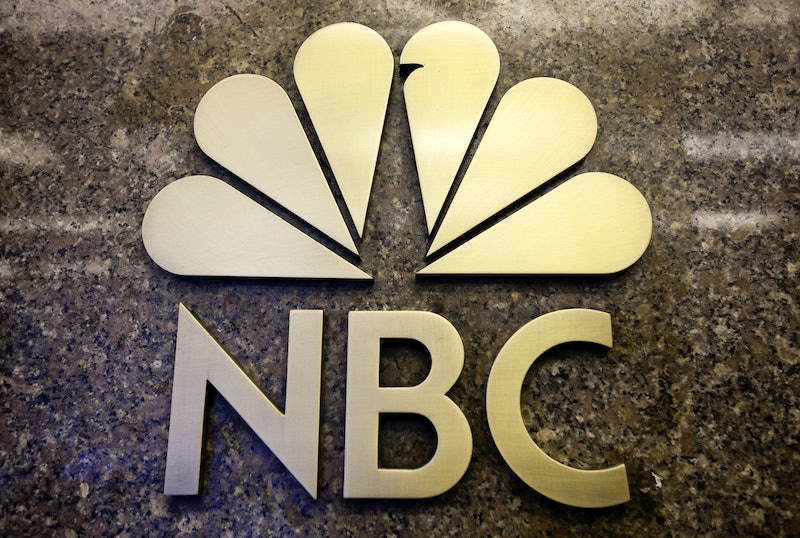 Ah, the live sitcom. It sounds so romantic, so classic! "Filmed in front of a live studio audience!" has such a beautiful ring to it, doesn't it? NBC is obviously enamored with the idea, as Hypable reports that NBC is currently developing a live sitcom with live commercials. While the live commercial aspect sounds a little... uh, interesting to say the least (suddenly, the advertisement is literally staring you in the face if you're in the audience) but the live sitcom sounds like it follows suit with another live NBC stalwart: Saturday Night Live.

But how will this sitcom, called Hospitality, which will air weekly and follow the hospitality staff of a hotel in Manhattan, fare? NBC's 30 Rock has done a few live episodes, but that already had a huge fanbase to begin with. Steve Carrell had a live improv show on Fox, and that didn't do so well — but that was unscripted, and also seemed to be more of a game show than a sitcom, and game shows are traditionally in front of a studio audience, anyway.

The bad news about a live sitcom is that they're hard to do well. The good news about a live sitcom is that solid comedians and actors would thrive with an audience. Given the right performers and the right script, it could be pretty solid, even if the odds aren't exactly in its favor. Could those live commercials be the (literal) selling point? It's tough to say if they'll seem like funny comic additions, or like one of those guys on the streets of NYC who rag on you to try out his salon ("your hair is beautiful, but..."), but we'll have to see when the show airs.