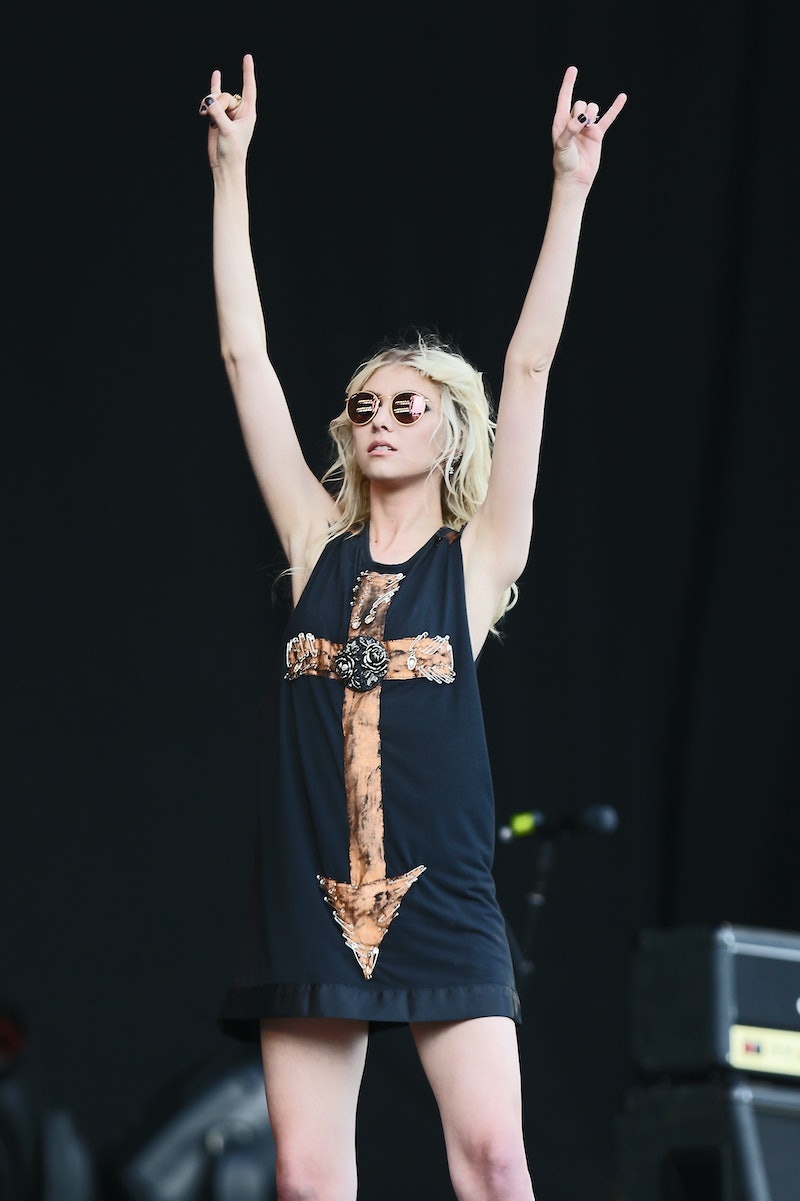 Though Taylor Momsen left Gossip Girl and her role as Jenny Humphrey to pursue music long before the show ended, she's still generally associated with the series as it's technically what made her famous (unless you count 2000's The Grinch Who Stole Christmas...which you absolutely should), and it was a risky decision for her to leave in the first place. So, it's good to know that Momsen's post-Gossip Girl career is going really well so far: According to Hollywood.com, Taylor Momsen's band, The Pretty Reckless, is the first female-fronted group to have two No. 1 singles on the rock radio charts, with their songs "Heaven Knows," and "Messed Up World (F'ed Up World)" off their second studio album, "Going to Hell."

They're also the second female-fronted rock group to hit the number one spot since Halestorm did last year, and before Halestorm, the last female artist at number one was Alannah Myles in 1990. So, this is kind of a big deal for rock music, which is generally male-dominated.

So, really, go Little J — keep slaying the game. I'm sure Blair would be kind of proud, in her own, slightly grossed out, slightly bitchy way. It's how she loves, you know?