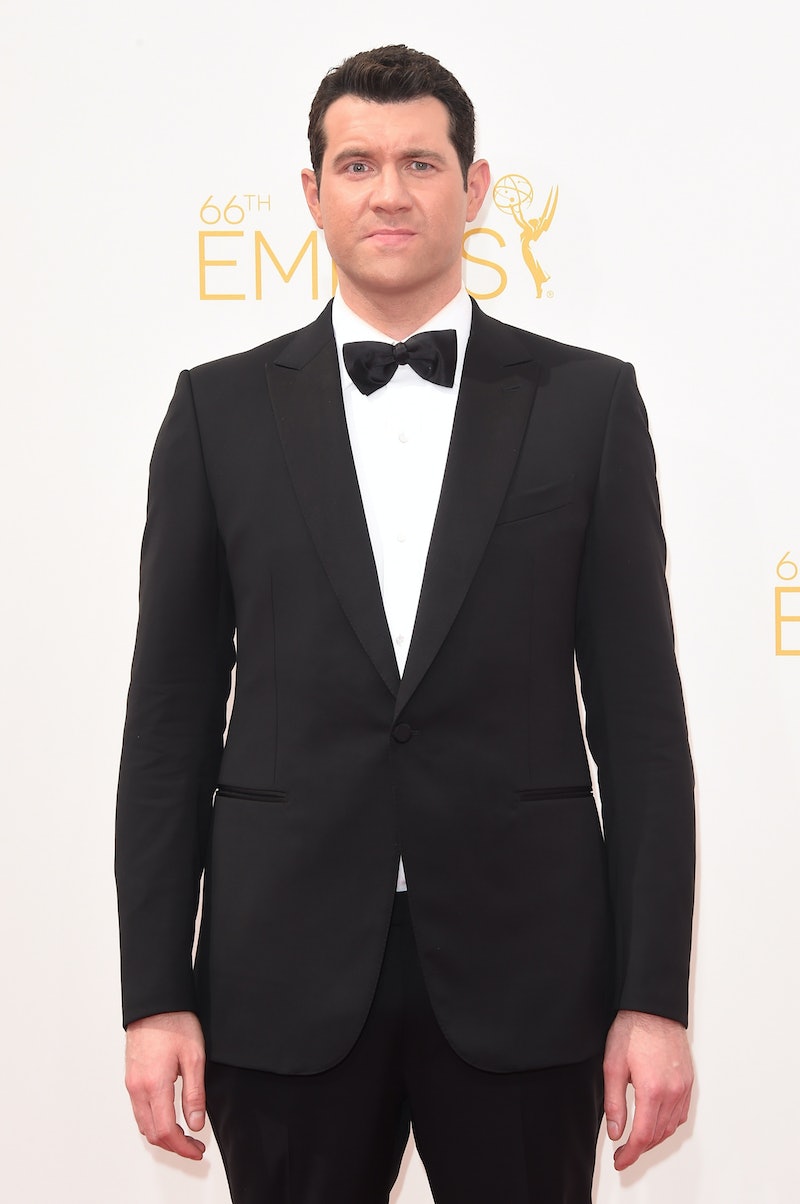 Joan Rivers paved the way for a lot in show business, and there's no doubt that things would be the way they are now if she hadn't been around. For instance, a show like Chelsea Lately might not have existed, and a comedian like Sarah Silverman might not have achieved the mainstream success that she has — Rivers truly helped shape comedy into what it is today. And now, based off of a brilliant, emotional post on Vulture from How Was Your Week host Julie Klausner on what it was like to work with Joan Rivers, it seems like comedian Billy Eichner owes his career to Joan Rivers as well. As Uproxx put it: It was Rivers' "last great gift to the world."

And I will never forget how, on the day before she returned to late-night television as a guest on Letterman’s Late Show after 27 years in the post-Johnny chill, Joan wouldn’t let the segment producer off the phone until she could tell him about a young comedian named Billy Eichner. “He’s absolutely brilliant. You have to have him on the show,” Joan insisted to a producer assigned to find out what jokes Dave would need to set up for her the following day. “Billy Eichner.” She repeated. “He’s hilarious. I’ll bring you a DVD.” And the next afternoon, in the middle of all of her frantic preparation for what would be her big, nerve-wracking, triumphant return to the Ed Sullivan Theater — where she debuted as a 33-year-old on a show that preceded Dave’s — she did bring a DVD of Billy’s YouTube clips to personally hand to that very producer. Billy, by the way, will be appearing on Letterman next week for his first time. Somewhere, she’s kvelling.

Eichner, of course, now has his own show on Fuse called Billy on the Street that features celebrities the likes of Amy Poehler and Drew Barrymore as guests, over 222,000 Twitter followers, a frequent guest spot on Parks & Recreation , and he was just featured on the Emmys with a special Emmy edition of Billy on the Street . Eichner tweeted the article after it was posted, saying, "A flawless and accurate tribute to Joan by @julieklausner for @vulture."

Rivers died yesterday of complications following an in-patient throat procedure in NYC. She was 81.