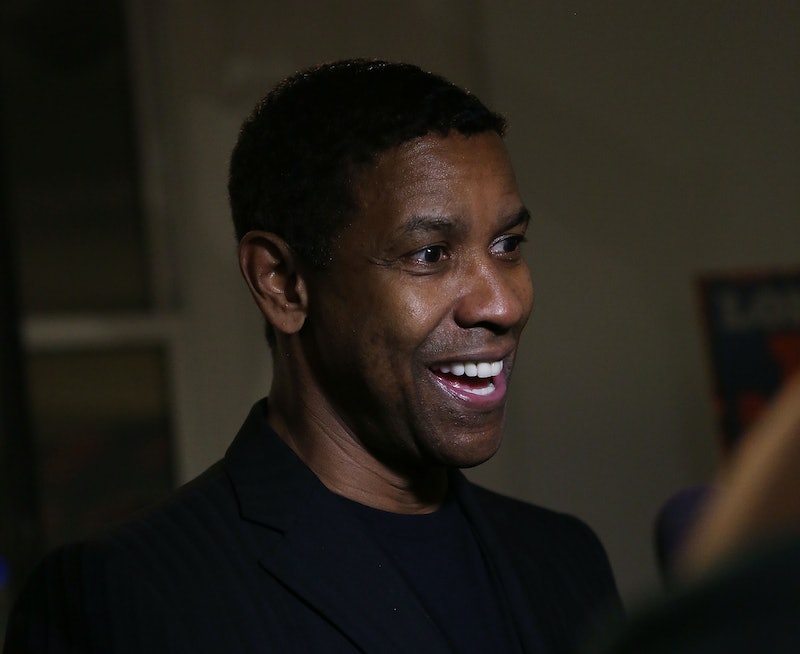 A lot of interesting facts came out of Denzel Washington's recent Reddit AMA with fans: He once turned down the movie Seven, his favorite ice cream is Cherry Vanilla, and he's on a Stanley Kubrick kick right now. But the most significant thing from the AMA? Apparently, everyone Denzel Washington to be the next James Bond, and he'd be totally down for that.

Even though there has already been an announcement for Bond 24 and Bond 25 starring Daniel Craig, who has taken on the iconic role since Casino Royale in 2006, a campaign has already started to see Washington as the next Bond.

The discussion began during an AMA with The Equalizer actor when one Reddit user asked him whether or not he’d be interested in playing the part. And thank god for that question, because it has started something beautiful.

“The next James Bond? They better hurry up,” Washington responded. “Yes I would! Who’s doing James Bond now..Daniel Craig! Did they shoot another one? Everybody should tweet Denzel is James Bond! Send it to the studio! We start the Denzel is Bond campaign today! James Washington. Denzel Bond!”

Ah, Denzel Bond. That has a nice ring to it. Although I’m sure Washington’s comment was just a joke and a way to please everyone involved in the conversation, the campaign has taken off all over social media with the hashtag, #DenzelIsJamesBond. And of all the campaigns I’ve ever seen, this is by far one of the best, and I can definitely get behind it. From Don Pedro, to Coach Herman Boone, to Frank Lucas, Washington has worn many hats — and quite successfully at that.

There’s no doubt in my mind that as an actor who has been in countless action movies and as an Academy Award winner, Washington would be able to take on the role of Bond, James Bond. Plus, it’s quite a shame that’s it’s already 2014 and we have yet to see anyone but Caucasian males play the part — six of them to be exact. It’s about time that we switch things up a bit, and Washington seems like the right man to do it.

If not, however, this guy has the right idea: