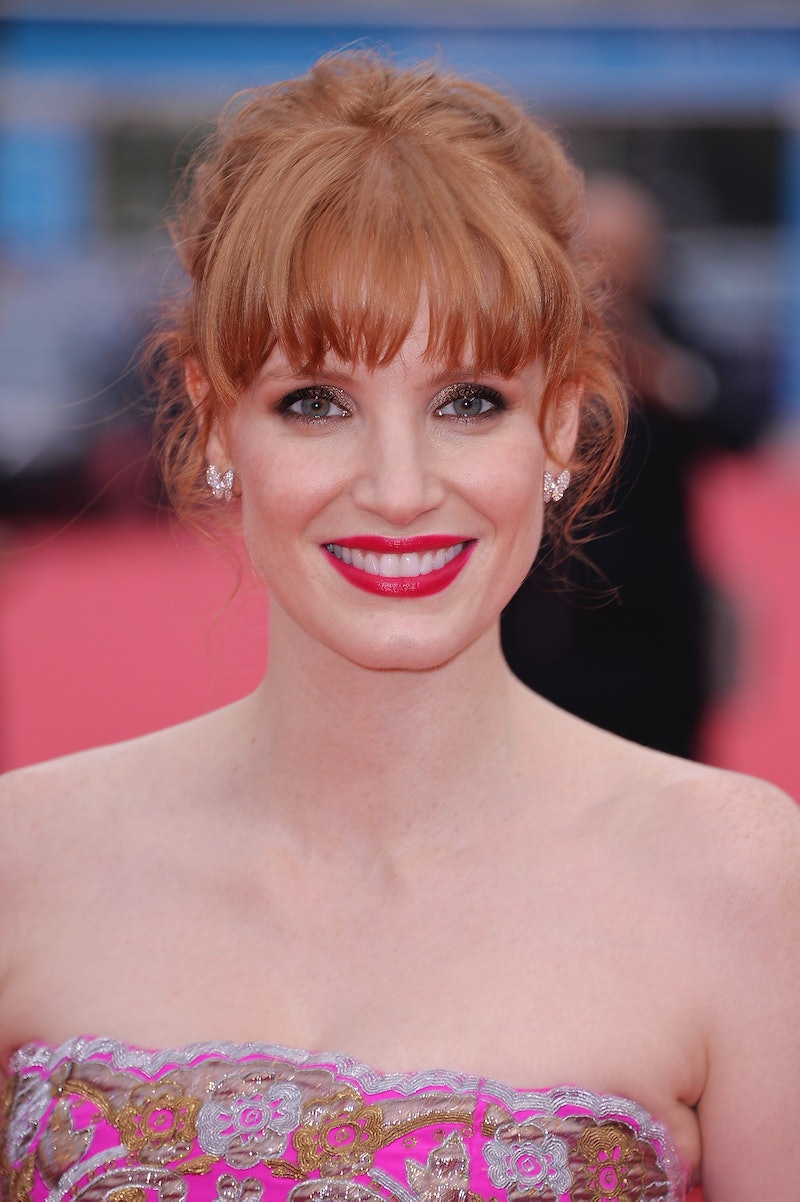 Though the soon-to-be-released film The Disappearance of Eleanor Rigby: Them has already received praise from people who viewed the “Him” version and the “Her” version of the film (that is, the same story filmed from both main characters' points of view) at the Cannes Film Festival and Toronto International Film Festival this year, the film’s main actress, Jessica Chastain, is not too pleased with the "Them" version of The Disappearance of Eleanor Rigby being the only one to receive theatrical release. However, it’s not for the reason you think.

The film, created by writer and director Ned Benson, was initially meant to be split into three parts to highlight not only the main characters’ experience together as a struggling couple (them), but to illustrate the differing perspective between man and woman (him and her).

In fact, Chastain was completely happy with the creative process of the film until she recently learned that it would simply be released in theaters as the “them” version to mimic the more traditional style we typically see from movies like this. The actress claims her anger with this comes from a place that many women know all too well: In movies about couples, the woman somehow ends up being a supporting role, rather than as an equal.

Rather than the female character having the opportunity to shine in her own film, which is what really drew Chastain to the part, moviegoers will only get the chance to see the shared version of the film.

“I don’t mind if the character is a small character, but I would just like her to have a journey in the film,” Chastain told TheWrap. “Sometimes the characters are just there as a prop to further the man’s story. The great directors I’ve talked to, I’ve said listen, I don’t mind playing a woman that is a tiny part, but how does the story affect her? What can I play in the end that’s different from the beginning? Otherwise, it doesn’t make sense, because it’s just like being a prop.”

Of course, Chastain is absolutely correct. In most films about couples, it typically feels as if the man’s story takes dominance over the female’s, though the movie is supposed to be about the two of them as a whole. We rarely get to see the woman’s side of the story (unless it revolves around the man — in other words, the whole reason the Bechdel test exists), so, hopefully, Chastain’s concern will help start a much-needed discussion about female characters and films in general.