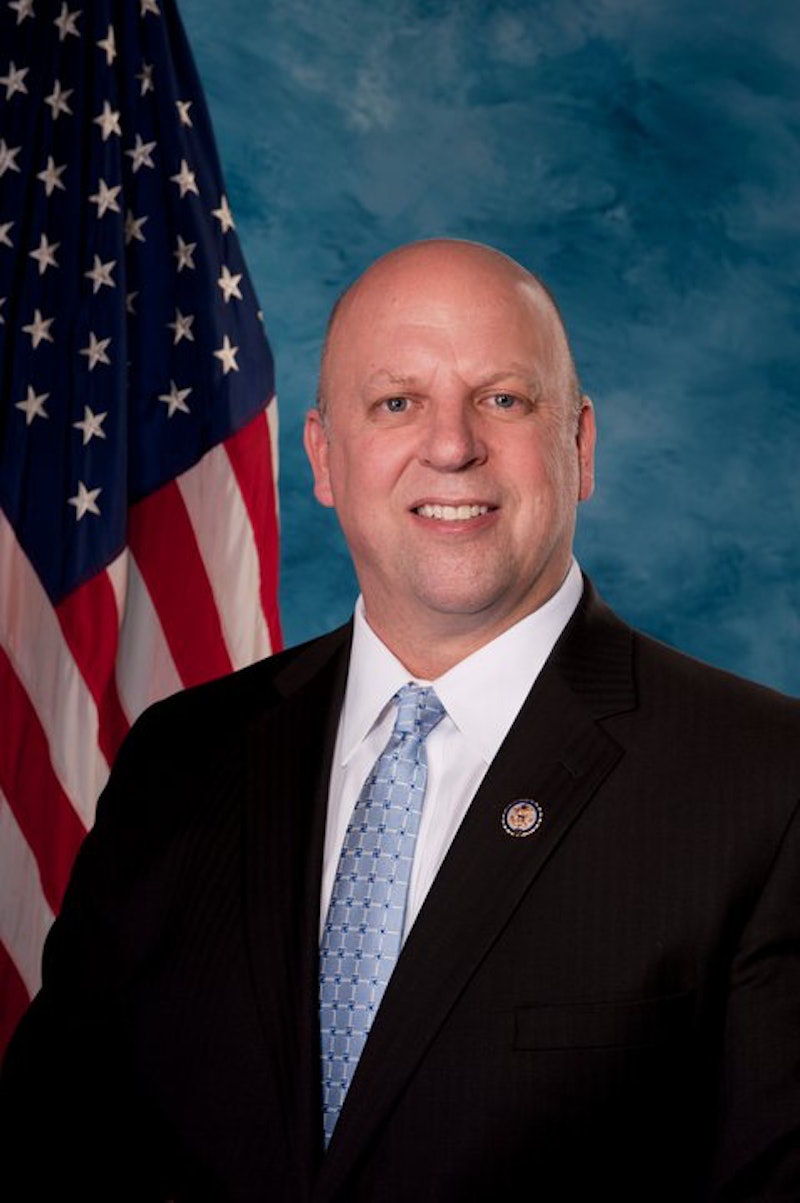 Rep. Scott DesJarlais (R-TN) was in the middle of the Q&A portion of a town hall meeting on immigration in Murfreesboro, Tennessee when 11-year-old Josie Molina stepped timidly up to the microphone. Her question for her congressman was simple: "I have a dad and he's undocumented... what can you do to make him stay with me?"

Adding insult to injury, the tea party crowd burst into cheers and applause following his cold reply. Someone caught the exchange on video, which quickly went viral. The clip does not capture Josie's reaction, which can't have been a happy one.

In a press release expressing his opposition to the currently-stalled Senate immigration bill, DesJarlais writes, "The United States has always had a generous legal immigration policy, but we simply cannot grant amnesty to those who choose to break the law."

To date, DesJarlais had perhaps been most well-known for a series of scandals involving extra-marital affairs with his own patients (he was a doctor) and for pressuring multiple women to have abortions... despite his harsh anti-abortion stance as a politician.