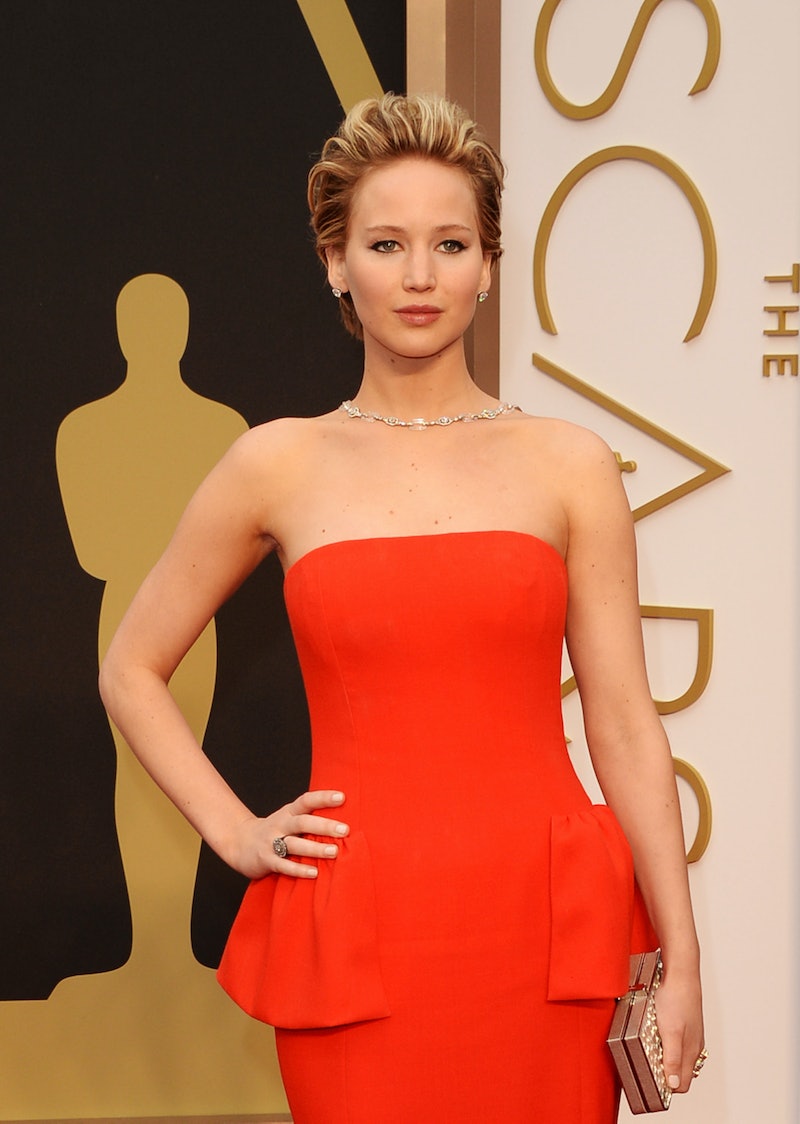 There's nothing worse than someone who stands by a terrible decision. Unfortunately that's exactly what's happening with the art show that intends to display the leaked nude photos of Jennifer Lawrence and Kate Upton. One of the artists, Cory Allen, is defending his decision to not only use the pictures but to showcase them "life-size, unaltered and printed on canvases." There was immediate and understandable uproar when news of his and artist XVALA's intention, but Allen stood by the choice saying:

"The artist sees these images as art. [They are] a representation of someone or something that has a different meaning for everyone. Transforming those images to canvas presents them in a different light. It makes them real."

Having an artist for a father, I can tell you that if someone ever took one of his pieces and printed it on a canvas to hang in their own show, he would be beyond furious and would probably threaten legal action. Blowing the pictures up on a canvas is not only a gratuitous invasion of privacy, but it's stealing. I'm all for artists making commentary on social issues, but when your goal is to print an unaltered picture on a canvas, that's not art. That's plagiarizing someone else's content.

If Jennifer Lawrence's lawsuit hit a snag because she doesn't own the copyright, then artists looking to cash in on the shock value shouldn't be allowed to use them. It's interesting that the two celebs the artists are choosing to feature are the two who have made very public their intention to go after this problem legally.

Jennifer Lawrence's lawyer said to E! News, "This is a flagrant violation of privacy. The authorities have been contacted and will prosecute anyone who posts the stolen photos of Jennifer Lawrence." And Kate Upton's lawyer made a similar statement saying, "This is obviously an outrageous violation of our client Kate Upton's privacy. We intend to pursue anyone disseminating or duplicating these illegally obtained images to the fullest extent possible."

But despite the clear illegality of further distribution of these photos, the artists maintain that what they're doing is totally allowed. "Our goal was not to do anything illegal. It was for XVALA to create art; to follow through with his vision for this project and for me to promote it."

If their goal was not to do anything illegal they should have stopped as soon as the lawyers stated how illegal it was. Besides, it all comes down to the main point which is that copying someone else's photo isn't art: it's ripping that person off.

Allen says he wants people to focus less on the controversy of them posting the pictures and more on the meaning behind the exhibit. "We hope the conceptual value of this project will help address issues that will help find better ways to protect an individual's information," he said. "To gain back our privacy."

I can tell them right now a better way to protect an individual's information and get privacy back: Don't hang giant canvas versions of stolen intimate photos.