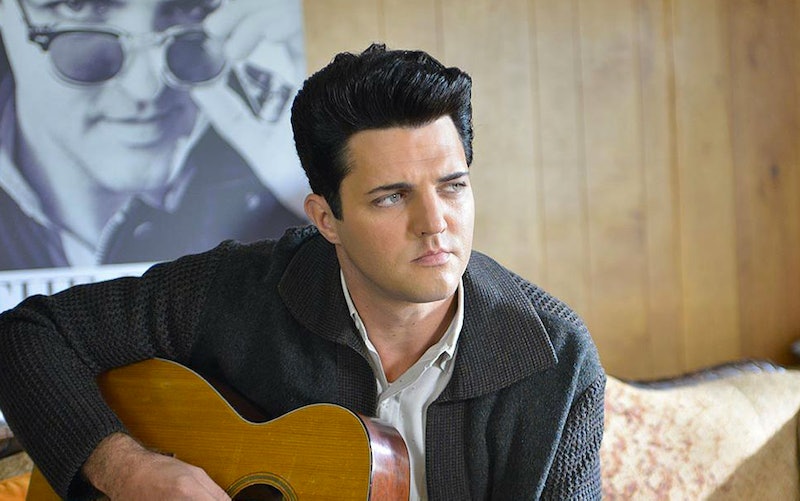 We are currently in the box office doldrums. Oh Labor Day, why must you be so cruel? In the complete opposite of a twist, Guardians Of the Galaxy 's amongst the few films having a good time at the box office this week. The Identical, though? That Elvis musical drama featuring Ashley Judd that no one's heard of? Yeah, that one ain't doing so hot. Overall, this was the year's "quietest box office weekend."

Guardians Of the Galaxy's continuing its campaign as the Frozen of the summer months by taking the top spot again this week. For those keeping count at home, that earned $10.2 million this weekend, contributing to its $294.6 million gross overall.

So how'd Elvis do? Not great, kids. Not great. In fact, less than $2 million great: The Identical only brought in $1.9 million. That's almost as bad as last year's worst opening, the Benedict Cumberbatch-starring Fifth Estate , which opened to $1.7 million. But really, according to The Hollywood Reporter it's (mostly) the time of year to blame, though this year was worse than most:

The weekend after Labor Day is historically the slowest frame of the year for moviegoing, but this year was worse than usual, with revenue tumbling more than 20 percent over last year and continuing the downward trend at the troubled domestic box office. Ticket sales topped out at roughly $63 million, the lowest of any weekend this year.

Everyone's all summered-out, it would seem. All that's left to do is ride out the fallout from the summer box office season and wait until the award contenders start with their bombardment.

And really, is it any surprise that The Identical bombed? This is how Variety describes the premise:

What if Elvis Presley’s identical twin brother hadn’t been delivered stillborn? What if he had been surreptitiously adopted and raised to adulthood by other parents, without the King ever knowing, and wound up achieving fame and fortune as — get ready for it — a really terrific Elvis Presley imitator? Such speculation provides the narrative foundation for “The Identical,” an indie-produced film a clef that unfortunately falls short of fully realizing its provocative high concept.