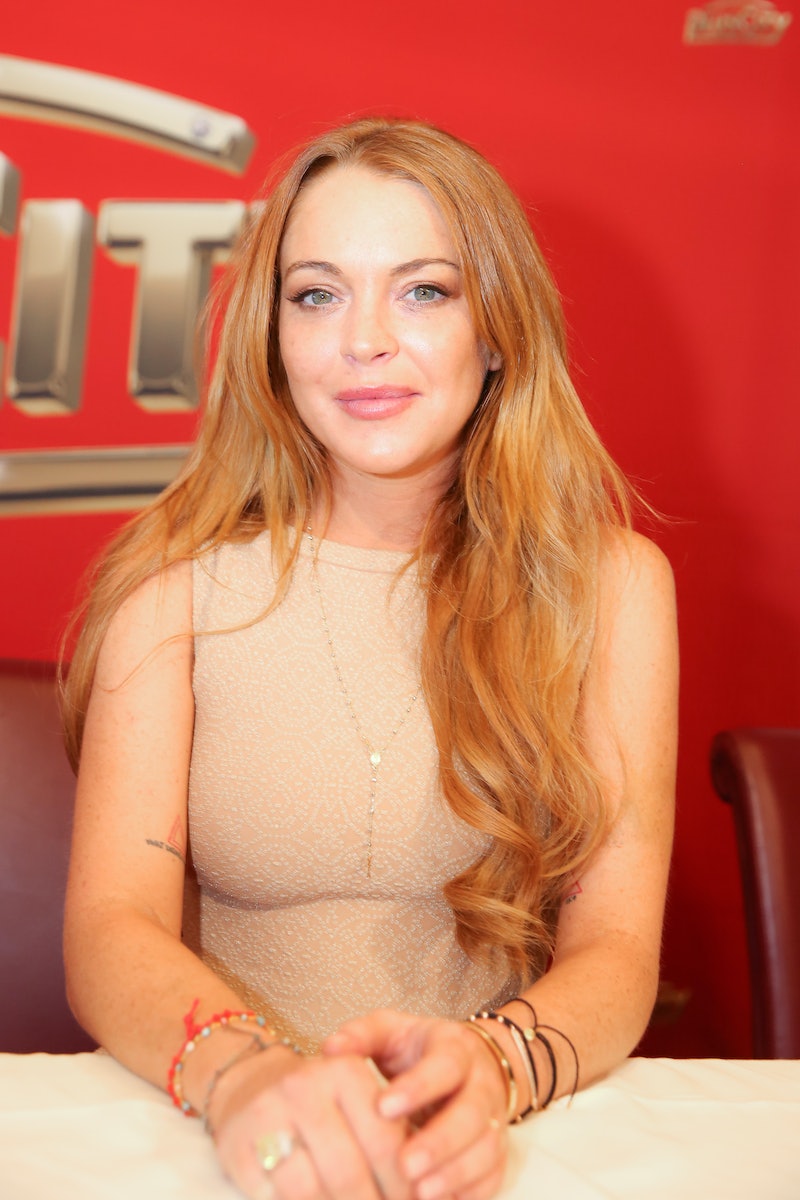 Just when you thought your favorite Parent Trap childhood star was cleaning up her act, a new rumor has spread about her that could tarnish her reputation — again. Although this could all just be a misunderstanding, Lindsay Lohan and her brother have allegedly stolen an app, according to claims from Fima Potik who initially worked with the pair on his business, Spotted Friend.

The phone app, which is “a specialized visual image-recognition search engine platform,” according to Spotted Friend’s website, allows people to find clothing, shoes, and accessories simply from snapping a picture of the item on their phone or by using photographs from social media.

However, while LiLo and her brother, Michael Jr., did work with Potik on the app only about a year ago, they reportedly decided not to work with each other in the end. Yet of course, because there always seems to be some sort of drama surrounding the star, the two siblings and their business partner have been issued a cease and desist, according to TMZ, after reportedly starting their own app, which happens to be oddly similar to Potik’s.

Are they, though? After snooping around to check out Spotted Friend and reading about the Lohan’s upcoming app, Vigme, the two apps do seem quite similar, though the Lohans’ is aimed at mimicking celebrity clothing and Spotted Friend allows you to use search recognition for anything, celebrity wardrobes or not.

“If Lindsay buys something, it goes into her [virtual] closet,” Michael told the New York Post this past August. “If someone else buys [the same item], it puts money into Lindsay’s pocket. It’s a way for trendsetters to monetize their influence. We game-ify it.”

To be quite honest, although I can see where Potik is coming from, I don’t think it would be worth the money to pull out a copyright lawsuit if the Lohans continue with their work. As much as I definitely want to look and dress like a celebrity, why in the world would I want to pay them money just to find out where they buy their expensive clothing? In the end, Spotted Friend gives you more options, which is probably what most people are looking for.

Also, with LiLo rising on up again, I’d really hate to see her go back to court for something as petty as a shopping app. With her brother appearing to head the project more than Lohan herself, she can’t really be blamed for everything. Maybe we should cut them a little slack.