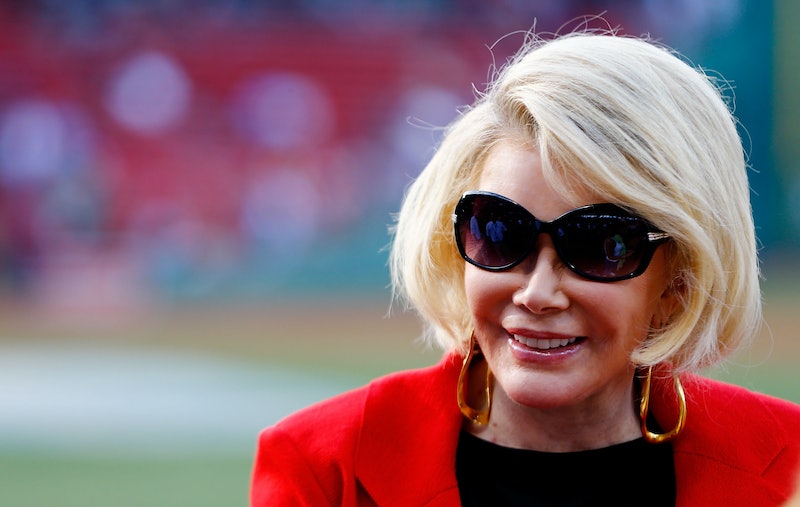 Last Thursday, Playboy unearthed a 1986 interview with Joan Rivers to commemorate her passing. In the interview, Rivers talked about leaving The Tonight Show With Johnny Carson , her best-selling books, and dropped some classic Rivers soundbites like "The king of France said, 'L'etat, c'est moi!' Right now, 'Le network, c'est moi!'" Among the jokes and jabs that peppered the interview, Rivers also praised Robin Williams, one of her "favorite" comedians: "There's nobody like him. His mind is just wonderful. I respect him because he does what I do[...]He takes nothing for granted. He knows exactly what he's doing. Robin Williams is one of those people I'll wait in the rain to see."

Following Williams' death last August, Rivers called Williams "one of the great [red carpet] interviews". In a conversation with TIME, she continued, “You’d see him coming down that red carpet and you knew, OK, now we’re gonna have fun. We’re not gonna hear the usual, ‘Yes, we all love each other on the set’ … It’s like you open the capsule and everything came out, all the air came rushing out. You popped the champagne cork when you said hello to him.” Rivers also posted a photo of she and Williams on Twitter, and commemorated his "wonderful spirit" after his passing.

The two comedic greats seemed to have had a mutual respect and affection for each other, and both their unstoppable energies will surely be missed in Hollywood.