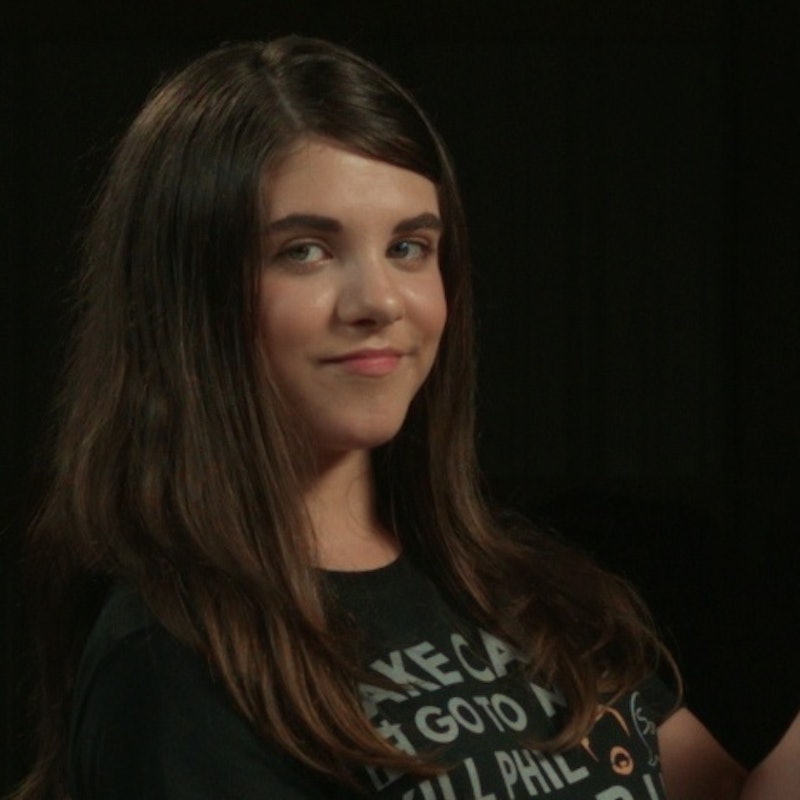 Just when you thought Kickstarter campaigns couldn’t get any better than potato salad, one teenager has successfully gained support for a horror movie campaign she started in September 2013. Emily DiPrimio released an official trailer for her first movie, Carver, which is finally being brought to life thanks to the support of over 500 people who have helped her gain $31,900 of her $25,000 goal.

At just 14 years old, DiPrimio managed to round up an entire cast for the film, which, according to her website, is meant to be a throwback to ‘80s slasher films. The film will revolve around several teenagers who are haunted by an eerie murderer with a face reminiscent of a pumpkin after their actions from the past led to the unintentional death of three people.

With the approach of all things fall and with Halloween slowly creeping up, the timing of this trailer couldn’t have come at a better time. However, simply ending with the word “Soon” in the trailer, there’s no telling when the final product of Carver will be released.

Although it doesn’t look like Paranormal Activity or Insidious by any means, being the work of a 14-year-old, the film looks pretty promising. Considering this is the age when we’re all going through puberty and are dealing with our awkward high school selves, DiPrimio has displayed maturity beyond her years.

Also, as the writer and director of Carver, it’s that much more inspiring that she has the courage to direct so many cast members that happen to be much older than her, and work with almost 20 different crew members. Being so young, DiPrimio is well on her way to a great career in the film industry, and that’s saying something considering most of us were still trying to figure out algebra and dissecting animal anatomy in biology. Kudos, girl!