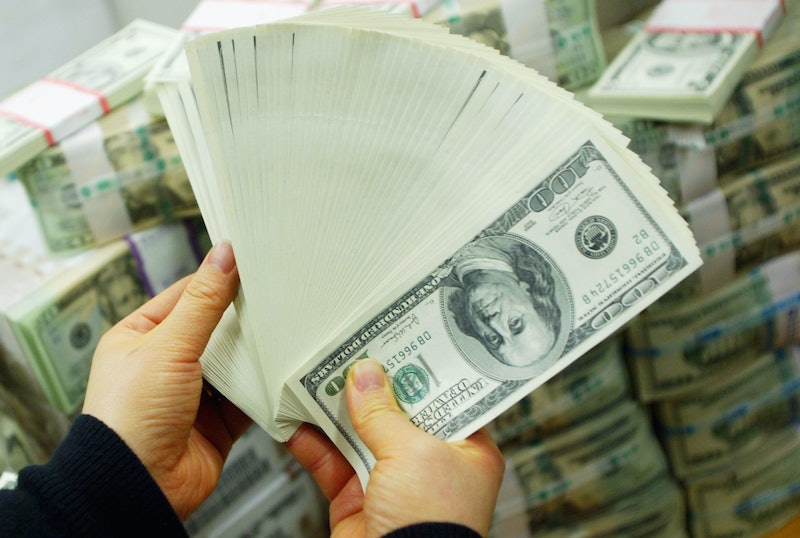 The wild world of internet dating is super diverse, and there's a place for everyone: including would-be "sugar daddies" and "sugar babies." If its upcoming Kickstarter campaign pulls through, prospective documentary "Daddies Date Babies" will explain the mysterious world of sugar babies to interested audiences. I can't say I was dying to know more about this sort of thing (I found out about the documentary when its Twitter account followed me recently, I can only imagine why), but there's definitely no limit to the how voyeuristic people can be, so I'm cautiously optimistic it'll go into production.

"Sugar baby," as per Urban Dictionary, is just slang for "A young female or male who is financially pampered/cared for by a sugar daddy or sugar mama in exchange for companionship (i.e. sexual favors)." It seems like the potential documentary will try to frame the sugar baby phenomenon as some kind of social justice issue. The trailer for "Daddies Dates Babies" cites facts like "female college students make up 44 percent of an online sugar-dating site," with the implication being that the college tuition and student debt crisis may be to blame for women taking part in this sort of unsavory job. Many of the sugar babies attend Ivy League universities, in fact — so we are supposed to be surprised that even relatively privileged people are stooping to seedy internet-facilitated pseudo-prostitution.

But if these women are so privileged and about to complete good educations, is there really that much cause for concern? They seem unlikely to be destined for entire lives of sex work, and are just sugar dating for the time being because it presents the best perceived opportunity to make decent money quickly. Some of the sugar daddies sound like legitimately bad guys, but there are lots of bad bosses. Sex workers of course deserve protection from harm — and legalizing prostitution would likely make it safer — but these sugar babies do not exactly represent the height of work-based oppression.

In any case, while you're waiting for "Daddies Date Babies" to come out, you can catch a more limited glimpse of what it's really like to be a sugar baby by reading my friend Elizabeth Nolan Brown's piece on her (brief) experiences using SeekingArrangement.com. To make a long story short, Liz's sugar daddy dates were kind of a mixed bag, and she certainly didn't make a career of sugar dating. When it got too weird, she stopped. This basic characterization is essentially true of regular dating and regular jobs as well.