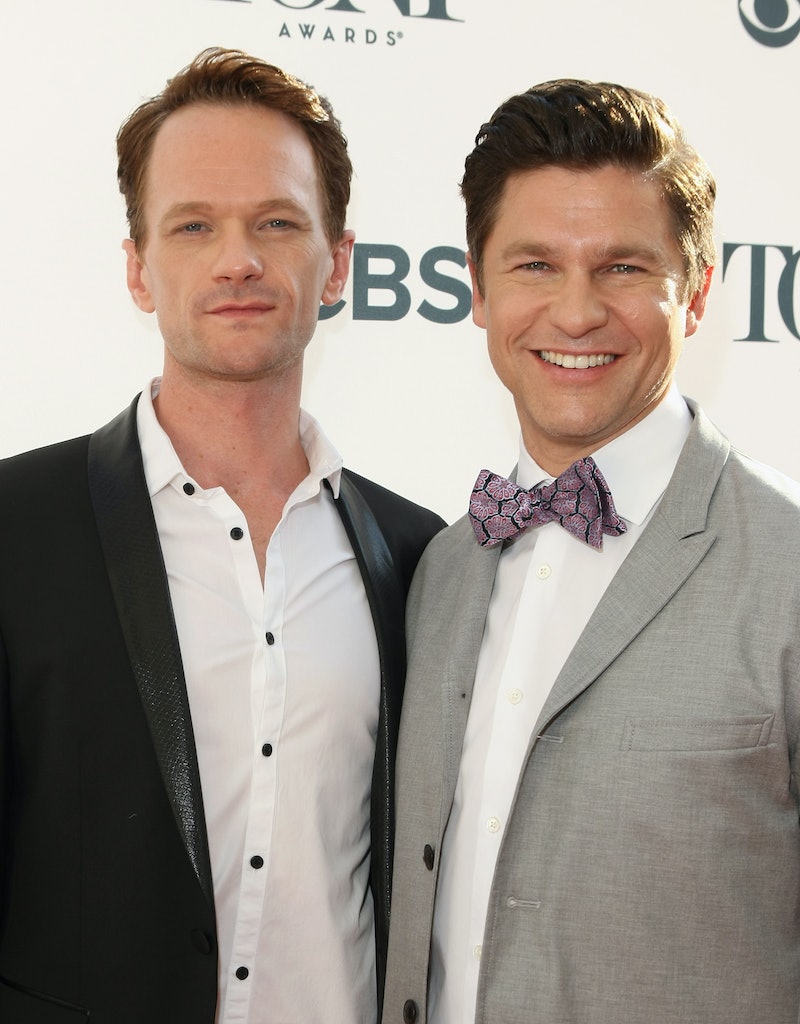 When Neil Patrick Harris has big news, he lets fans know himself. No reports from "anonymous sources" for this guy. Neil Patrick Harris and David Burtka got married in Italy on Saturday, and Harris shared the news with the world via Twitter on Monday morning. Harris wrote, "Guess what? @DavidBurtka and I got married over the weekend. In Italy. Yup, we put the 'n' and 'd' in 'husband,'" along with a picture of the two during their wedding. Sure, the announcement is a bit corny, but sometimes when you're happy and in love, the corniness just flows through your being.

A rep for Harris confirmed the news as well. So for all of you doubting the news even though Harris tweeted a photo of the event, there's this little statement as well:

We happily confirm that Neil Patrick Harris and David Burtka were married in Italy in an intimate ceremony surrounded by their close friends and family.

As for details of the wedding, other than knowing that it took place Italy, E! reports that the grooms wore Tom Ford suits, that the ceremony was officiated by How I Met Your Mother producer and directer Pam Fryman, and that Elton John performed. Oh! To be a celebrity! I really need an invite to one of these things.

While their wedding included designer suits and was in a fancy-pants location, the Harris-Burtka nuptials differed from many celebrity weddings in that this couple has been together for quite some time. Harris and Burtka have been together for 10 years and while they announced their engagement in May 2011 after the Marriage Equality Act was passed in New York, they actually got engaged five years prior.

Harris often shares his home life on his Instagram account, so if you're interested in seeing more wedding photos of the couple, it might be a good idea to click on over. There's a good chance he may be adding some pics. Plus, Harris and Burtka have 3-year-old twins together, Harper and Gideon, so you might get to see a few pictures of some adorable little wedding guests as well.