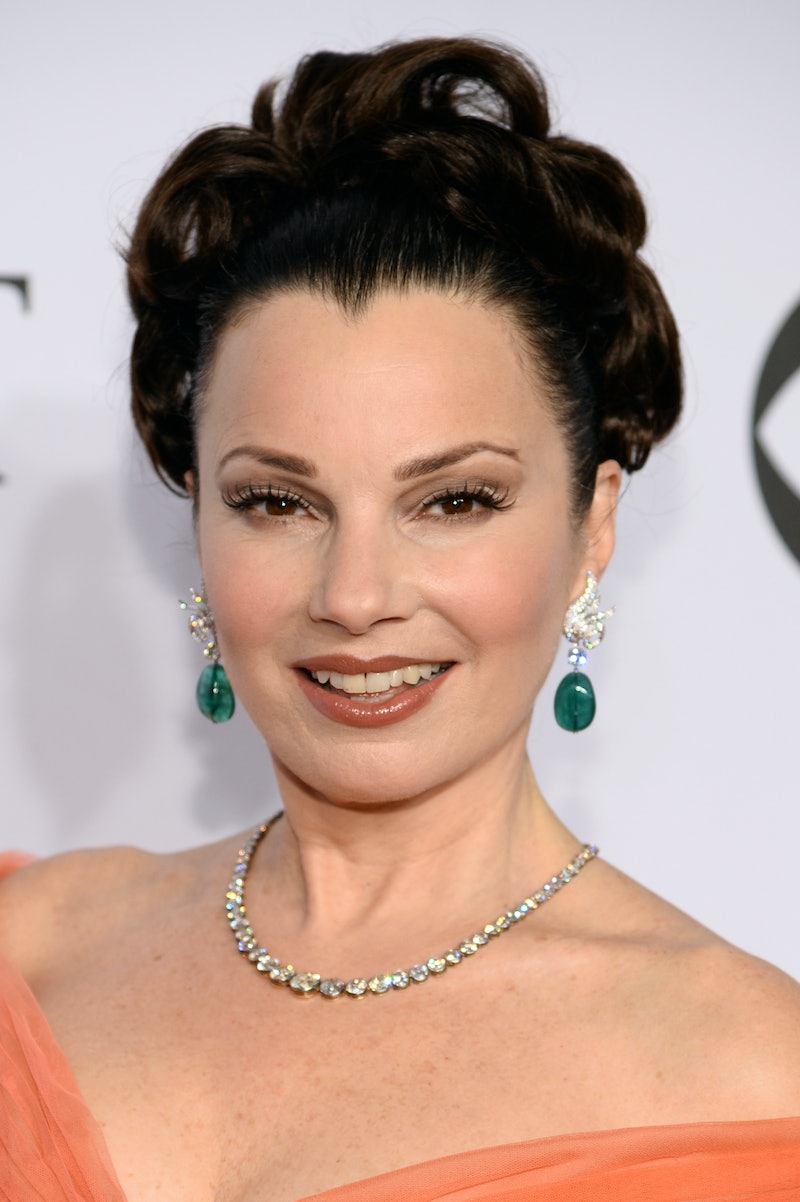 Someone call Mistah Sheffield to tell him the good news. The Daily Mail reports that your favorite former fictional nanny from Flushing, Queens, Fran Drescher, married Shiva Ayyadurai, whom she had been dating for a little over a year. While Ayyadaria isn't in the limelight like Drescher is, he certainly is a reputable guy — in fact, People mentioned that he holds one of the patents on e-mail. He's the inventor of email!? Damn.

Yet despite both Ayyuaarai and Drescher's claims to success and financial capabilities, the two had a small celebration in their Malibu, California home, so it was a far cry away from what Drescher's character on The Nanny would have requested.

In fact, Drescher, who is now 56, wore red instead of white, in step with the Indian wedding tradition. This also marks Drescher's second wedding, and in lieu of wild excess, she opted for simplicity. Drescher was previously married to Peter Marc Jacobsen for 21 years, but the two split in 1999 when he revealed he's gay. They reportedly remain on amiable terms.

The wedding was a bit of a surprise, as Ayyadarai told the Huffington Post back in August that they had nothing planned, despite the fact that they were celebrating their one year anniversary (the two met when Ayyadaria was giving a talk at an event sponsored by Deepak Chopra). However, he did say at the time:

Every day is a celebration with Fran [...] Every day is almost a romantic hangout with her. We're always laughing, always enjoying ourselves.

Now the two certainly have something to celebrate. Congratulations to the happy couple!

More like this
Gabourey Sidibe Wore A Traditional West African Wedding Dress On The Cover Of Brides
By Dominique Norman
22 Chic Bridal Swimsuits For All Your Wedding Festivities
By Avery Matera
Is Megan Fox Pregnant? MGK Gave A Shout-Out To Their “Unborn Child” Onstage
By Hugh McIntyre
Sanditon’s Theo James & Wife Ruth Kearney Are Embracing Family Life
By Aoife Hanna and Sabah Hussain
Get Even More From Bustle — Sign Up For The Newsletter