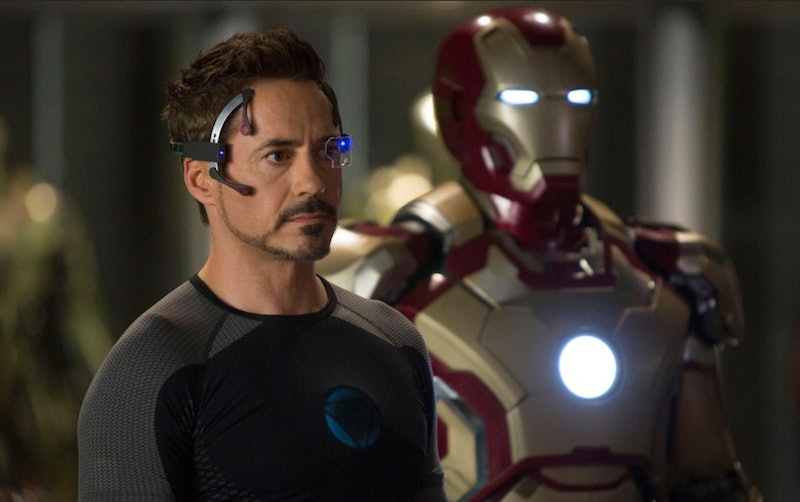 Marvel Studios is doing pretty alright these days. You know, with the constant box office domination, the branching-out of the genres, the general trouncing of DC Comics' big screen ventures. They're pretty solid. So you'd kind of expect them to keep doing what they've been doing since their brand really made a name for itself — after all, that's the Hollywood way. But Robert Downey Jr. just confirmed there's not an Iron Man 4 in the cards.

Things could change, of course, but that's how he put it in an interview with Variety centered around his new movie, The Judge: "There isn’t one in the pipe. No, there’s no plan for a fourth Iron Man."

And, well, thank goodness. The Iron Man movies are iconic to the Marvel brand — in fact, they launched the modern Marvel brand, as well as Downey Jr.'s right alongside it. Under the Hollywood logic that makes seven Fast And the Furious movies and is still cranking out Transformers, you'd think the continued box office success seen with Iron Man 3 would spur Marvel to try to lock Downey Jr. on for at least infinity more movies despite his truly outrageous price tag.

That they're not going down that road isn't box office naivete, it's probably the smartest thing they could do. The chances of a fourth Iron Man bombing at the box office are pretty slim, but it seems Marvel and Downey Jr. know what it was that made Iron Man such a landmark hit in the first place: It was Downey Jr.'s particular charm as Tony Stark, yes, but it was also the landing of a kind of superhero movie we hadn't seen in a while. A fourth movie would stretch the beloved character, the beloved actor, and the beloved franchise too far into muddy sequel territory, and too far from the critical acclaim and good box office word of mouth Marvel thrives on.

No, Marvel seems to know that its best bet lies with continuing to offer audiences things that play through the tried-and-true tropes but that feel like things we might not have seen before. They've got a huge catalog to work with, after all, and Guardians Of The Galaxy was proof that diving into the new areas of that catalog actually pays off.

Downey Jr. will remain the face of Marvel for a little while longer — even while Guardians is the best Marvel movie yet, and Downey Jr.'s still got Avengers: Age Of Ultron to shill, if not more after that. We've still got our Tony Stark. We just shouldn't expect to keep him forever — Marvel's moving into its Phase Three, after all, and Iron Man remains the face of Phase One.