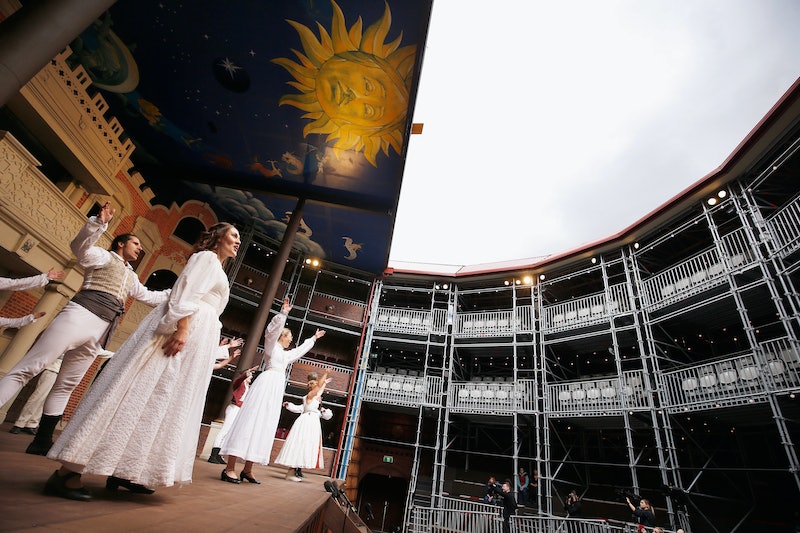 So, you consider yourself a die-hard Shakespeare fan. You've read all of his plays, even the ones no one knows about, and the sonnets as well. You celebrate his birthday. You've been to the Globe. You know his characters and their struggles — Hamlet and his quest to avenge his father's murder; Macbeth and his unquenchable thirst for power; Romeo and Juliet's epic star-crossed love affair. Or at least, you think you do.

What if the plot-strings of your beloved Shakespeare plays were being pulled by someone unexpected — one of Macbeth's witches, perhaps, or Lear's Fool? After all, there are many sides to any given story, particularly in Shakespeare, whose collective existing repertoire contains more than 1,200 speaking characters. With all of the treachery, intrigue, murder, war and more happening around them, some of them are bound to have something interesting to say, right?

Perhaps the most famous example of minor Shakespearean characters moving into the spotlight is Tom Stoppard's 1966 play Rosencrantz and Guildenstern Are Dead , which takes two of Hamlet's minor characters and places them, not the Prince of Denmark, at the center of the story. Not all Shakespeare spin-offs end up onstage, though. A handful of crafty novelists have wondered what Shakespearean tales told by any other narrator would be like, expanding minor roles into main characters, and giving voice to those whom Shakespeare left nearly voiceless. And boy, do they have a lot to say.

...then you'll love The Third Witch

Macbeth ("the Scottish play" if you're superstitious) is the ultimate cautionary tale about the dangers of blind ambition, as it follows the rapid rise and even more rapid descent of Macbeth, from general to King of Scotland. But what if the strings of Macbeth's power grab were in fact being pulled by... a teenage girl? That's the conceit Reisert employs in The Third Witch, her 2001 debut novel. The story focuses on Gilly, one of the infamous Weird Sisters who prophesies Macbeth's ascent and downfall, and cleverly weaves her into the action of the play as she struggles against both circumstance and conscience to destroy the man who would be King of Scotland. For those who are familiar with how the story ends (hint: not good), Reisert keeps the suspense alive by teasing Gilly's reasons for her hatred of Macbeth until the novel's shocking climax.

As the most-maligned of Shakespeare's leading ladies, it was only a matter of time before someone gave Ophelia a chance to tell "her" side of the story. In this 2007 YA novel, former English professor Lisa Klein recasts Ophelia from the tragic object of Hamlet's see-sawing affections to a clever, strong-willed young woman who forges a romantic bond with the Prince of Denmark that she strives to protect amid treachery and violence. By fleshing out Ophelia and telling the story through her eyes, Klein also offers a new perspective on other familiar characters, including Gertrude, Polonious, and Hamlet himself. Klein also pays homage to the Bard by letting Elizabethan language and rhythms influence the dialogue (Ophelia is set in the Elizabethan era, rather than the late Middle Ages as in the play), but for female Shakespeare fans in particular, the real joy is getting to see a side of a character we all thought we knew.

Madness, mutilation, murder — the perfect combination for a comedy, right? For most writers, the answer might be no, but for Christopher Moore, regular purveyor of "zonked-out" comedic novels, the mayhem of King Lear was ripe for a humorous treatment. This time around, the story of an aging British king who sets out to divide his kingdom among his three daughters, with disastrous results, is told from the perspective of — you guessed it — Lear's Fool, here named Pocket. What follows is a wild ride full of betrayal, bewitchment, shagging, spirits, war and more shagging, as told by a narrator who can be as charming as he is common. While Fool is definitely not the kind of book for those with more refined sensibilities (vaguely British euphemisms for sex, masturbation, and genitalia are rampant), when you think about the body count that piles up at the end of its source material (or any Shakespearean tragedy, for that matter), it's not nearly as shocking as an afternoon at the Globe.

If you love Othello...

It's not often we get to hear the villain's side of the story, particularly one as intriguing as Iago, the conductor of much tragedy in Othello. Galland's 2012 novel reads like an autobiography of Iago, starting with his childhood in Venice, through his military training, his romance with Emilia, and fateful association with the celebrated general Othello. By plumbing Iago's history and personal development, Galland starts to mete out explanations for the behavior of one of Shakespeare's most complex and mysterious characters. Perhaps he would have had an easier time of it if he shared his namesake sidekick's sense of comedic timing.

If you love The Merchant of Venice (and various other Shakespeare plays)...

...then you'll love The Serpent of Venice

Also, if you love Fool. The hero of Christopher Moore's take on King Lear is back in this 2014 sequel, which transplants Pocket from Great Britain to Venice, and into action that combines such Venetian-set tales as The Merchant of Venice, Othello, and even Edgar Allan Poe's The Cask of Amontillado. (Perhaps it's best if strict Shakespeare purists avoid this one altogether.) But, if you're willing to sacrifice accuracy for the sake of a good story (as Shakespeare himself was wont to do), you can sit back, enjoy, and marvel at Moore's ability to manipulate the storylines of not one but two Shakespeare plays into a laugh-out-loud adventure (while throwing in a shagadelic serpent for good measure).