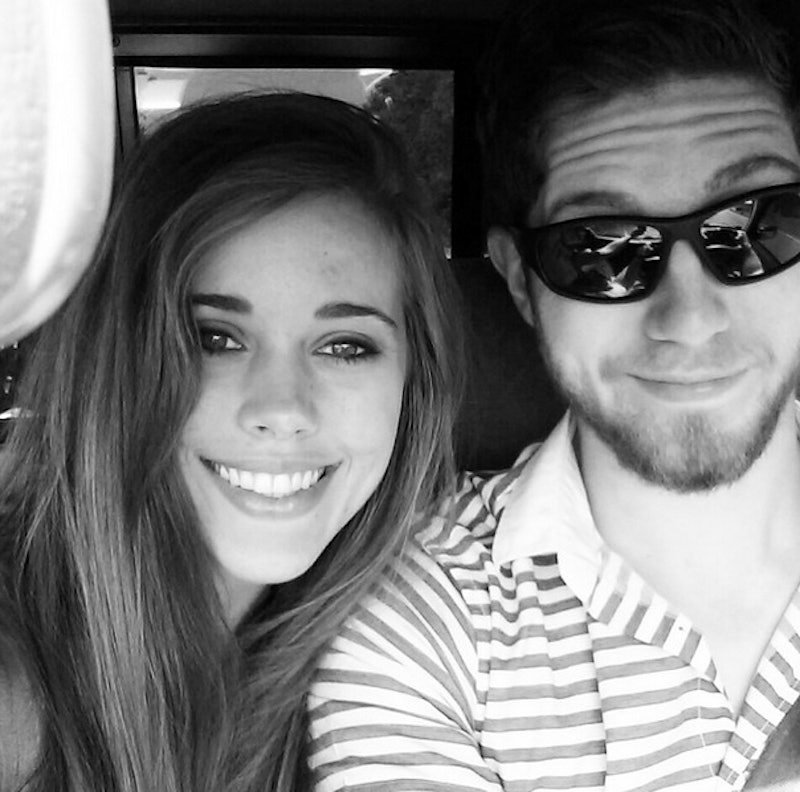 Keeping up with family tradition of being an open book, Jessa Duggar, the fifth eldest child of Jim Bob and Michelle, revealed that she and her fiance, Ben Seewald, have picked out a wedding date. The newly-engaged couple will be tying the knot on Nov. 1st. Yep, that's less that two months from now, and that would mean the lovebirds, who only got engaged a few weeks ago on Aug. 14, are having a really short engagement — less than three months to be exact.

Here's the thing, though: Duggar and Seewald, whose engagement will air as a TLC special in the fall, don't need anything fancy. They just want to get married, so they're not going to go crazy, trying to find the perfect flowers, band, and location. In an interview with People magazine, Seewald said, "When you're planning a wedding, you can make it complicated, or make it simple and we are trying to make ours simple. There are some things that have to be done right before the wedding, but for the most part, we're ready." Amen to that... but, wait a minute, they're ready?! They just got engaged a few weeks ago!

Although it seems like (and, well, is) an incredibly quick engagement, the biggest thing has already been taken care of. That's right, Duggar already found her dress. Apparently, she found it a few days ago and it was the second one she tried on. Duggar, who's also changed her name on social media to "Jessa Seewald," also took a video of her "beautiful engagement" ring this weekend and shared it with her Instagram followers:

Clearly, all this couple cares about is getting married to one another, which is pretty sweet. The Duggars certainly aren't fancy people, but an engagement of under three months? Wow! Somebody's in a rush to get to the altar.