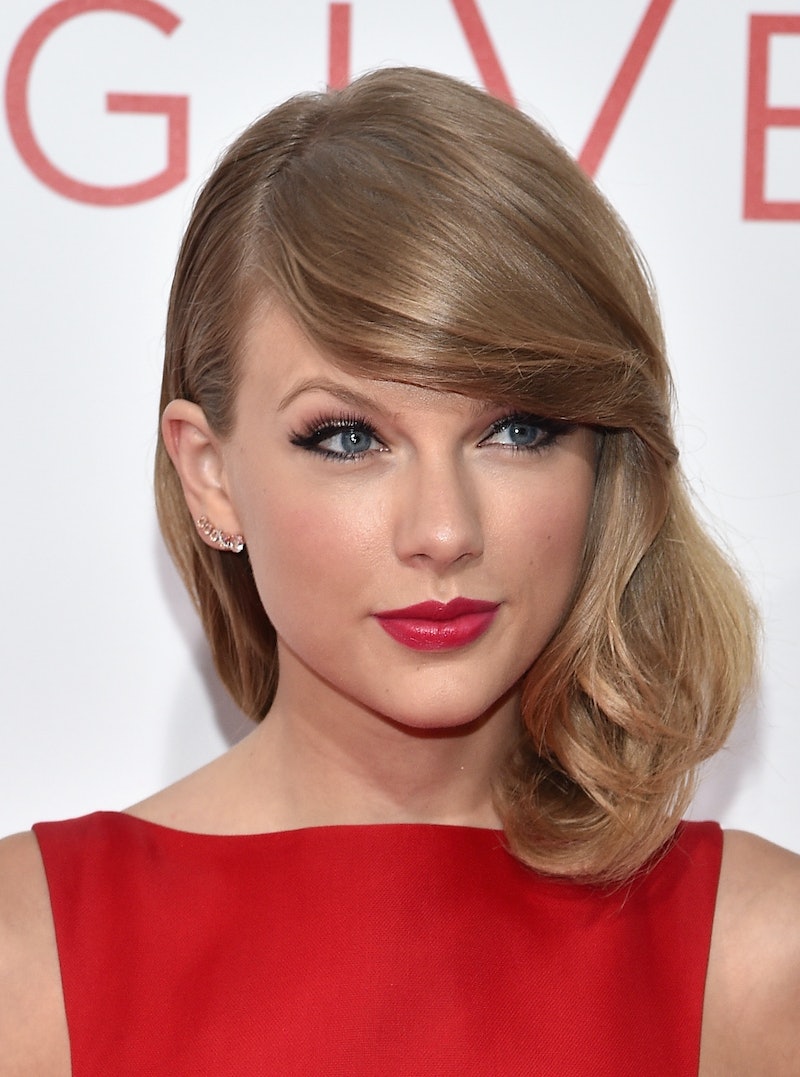 In a recent interview with Rolling Stone Taylor Swift made three things clear. First, she isn't interested in dating right now. Second, she is rightfully terrified of her fans and has the conspiracy theories to prove it. Third, Taylor Swift does not, not, NOT, under any circumstances, want to be asked on a date via email. Swift reportedly hasn't dated anyone in over a year, and says she's taking some much-needed time to cultivate friendships with women. As Josh Eells of Rolling Stone writes, "Since she's been single, Swift has been acquiring girlfriends with the fervor she once devoted to landing guys." Swift has made a dramatic turnaround on her journey to retire her former boy-crazy image and reinvent herself, and now she's all girlfriends, all the time.

This hasn't stopped random Swift fans from asking her out via email: "'Seventy percent of the time, when a guy asks me out, it'll just be a random e-mail,' she says. Some movie star will get her address from his publicist and e-mail her cold. Usually she politely rebuffs them – but even if someone did penetrate that line of defense, building a relationship is hard." Luckily for Swift, I've composed a handy guide for any would-be Swift suitors that outlines the acceptable ways to ask her out on a date.

Here is how you can ask Taylor Swift out that will possibly help you avoid instant rejection:

Taylor Swift is a romantic, and only the most romantic, old-fashioned methods of courtship will do for anyone interested in being her dapper dandy.

In the timeless words of the Spice Girls, "If you want to be my lover, you gotta get with my friends". Taylor Swift is a friend to many cats, so a smart potential suitor would be advised to get with them.

Message in a bottle

It seems that Swift is really hitting the handmade, DIY hipster aesthetic, and at least a message in a bottle can't be hacked, unless it's intercepted by a pirate.

Message in a cross-stitch

Taylor Swift is really into cross-stitching.