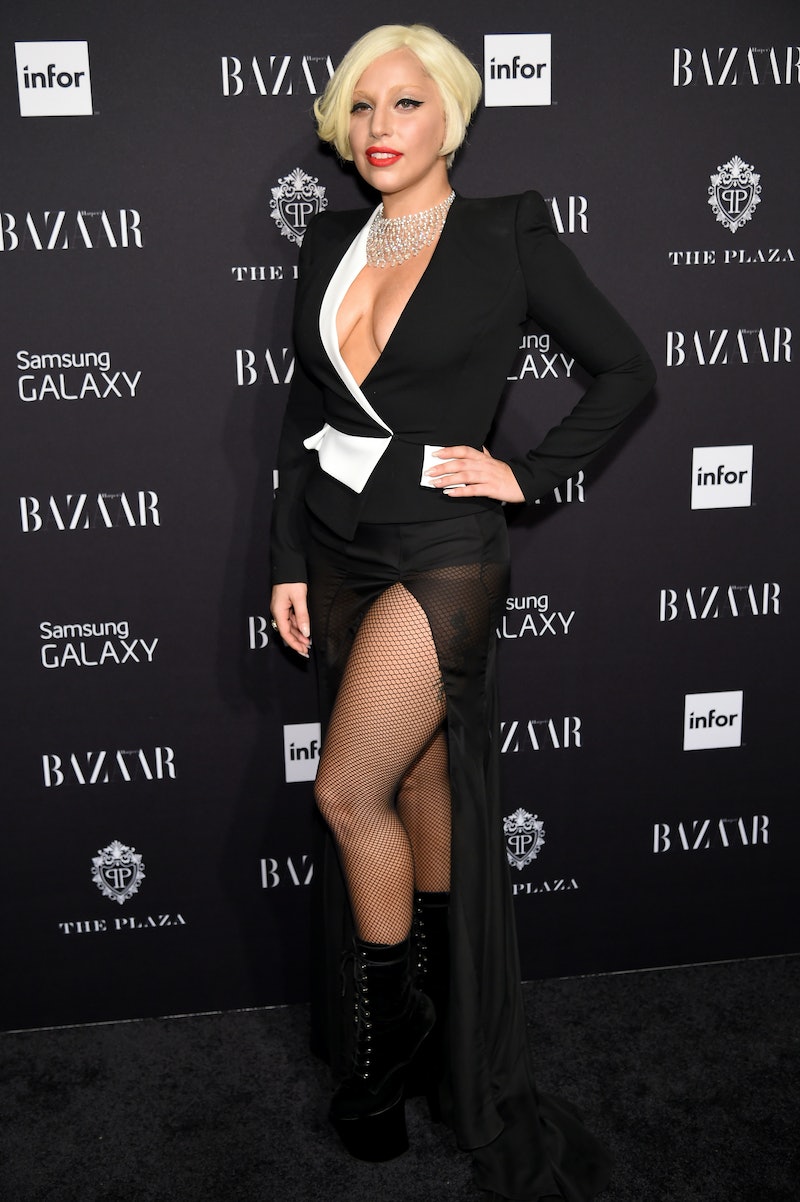 Lady Gaga not only struck a fierce pose on her Instagram. She appears to have actively resurrected the Lady Gaga Body Revolution movement on social media. A few years ago, Mother Monster responded to comments about her size and shape not by lashing back at critics or engaging in any sort of unhealthy behavior, like a fad diet. Instead, she opted to celebrate positive body image on social media, posing in bathing suits "as is" and tagging it as her "Body Revolution." Gaga, who has readily admitted to battling eating disorders, was being fat shamed in the media, with critics and haters claiming she had gained weight and was not fitting into her stage costumes. She choose to rejoice and love herself and encouraged her Little Monsters to do the same.

The Body Rev movement hasn't been quite as visible lately as when Gaga first launched it, but just Monday she kicked things into high gear again with an IG post — and I'm glad she did.

Gaga posted a new photo of herself, in all her tattooed glory while rocking a slightly bent over pose and with little in the way of clothing, save for a nude-hued bodysuit. She did not cover or hide her shape, instead writing: "#bodyrevolution Proud at any size, because the inside is what really counts. Plus, it's all how you pose! Just ask the supermodels!"

On the surface, that might seem like a mixed message from Mama Monster, since she mentions posing and models. Really, though, Gaga is just telling her Little Monsters that beauty comes from within and that people might look smaller, thinner, or different depending based on how they contort, shift, and position their bodies or how they suck in their tummies. Her message is clear: What you see isn't always what you get and no one is perfect. Lots of celebs get help from knowing how to strike a pose, after all.

Gaga tweeted about fat shaming, as well, dismissing it as NBD and celebrating how she looks, noting that there are way more important things to worry about in life.

The singer also looked like a goddess in her gilded gown and blue head gear while in Dubai. That ornate, golden fabric was gorgeous and the way the billowy material was draped still allowed you to see her figure