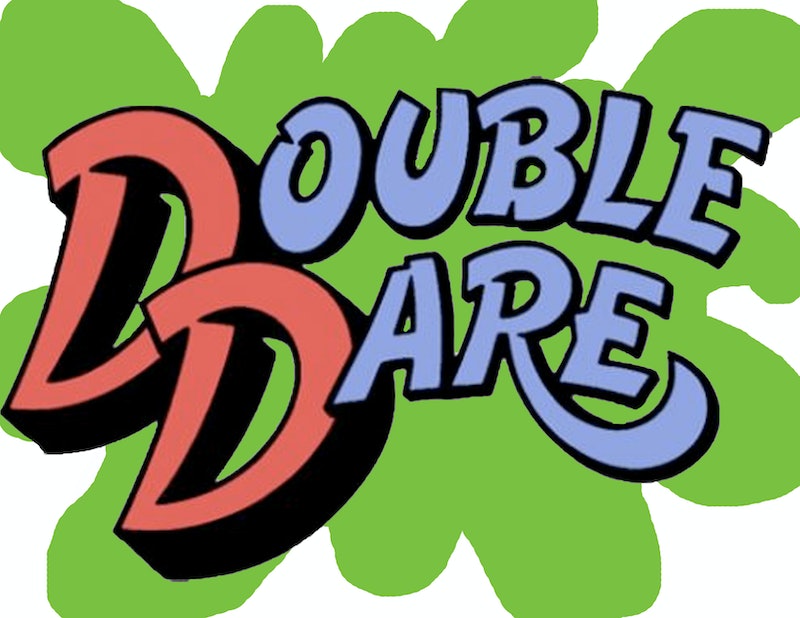 Remember Double Dare? Of course you do, you product of the '90s, you. Do you miss it? Well, whether or not you pine for the pie-in-the-face heyday of Nickelodeon or not, former host Marc Summers does. In fact, Summers told Huffington Post Live that he has been pleading for a Double Dare reboot. He said:

Here's the deal. I would love to do some form or fashion of it. Let's just say that right now ... the people who run the Nickelodeon network and I don't necessarily see eye to eye [...] I've been trying to make nice to those people, but they refuse to talk to me [...] I think they think I'm way too old to do it. I still have the energy and I think I could [...] So I'm putting a call out to the folks at Nick: return the phone calls, have a discussion.

But if Nickelodeon isn't willing to have a discussion about the potential return of Double Dare, then we should at least have one! Should '90s Nickelodeon get a revival?

Perhaps Nickelodeon is right. As ageist as it sounds, maybe Summers is a tad too old now for Nick's target demographic — but that doesn't mean that millennial children need to be deprived of retro Nickelodeon. There are a few alternate solutions: Have a more high-tech, new Double Dare with a host who is a tad younger (sorry, Summers) or... a channel that only plays retro Nickelodeon shows. Like what Nick at Nite used to be, only with kids game shows. Think about it: a channel that only has shows like Double Dare, Guts, and of course Legends of The Hidden Temple, how great would that be? Eliminate revamps or fancy ploys; simply showcase the low-grade, low-fi quality of the '90s.

Double Dare would be back and syndicated sans any effort at all. It couldn't be easier. You're welcome, Nick and Summers.