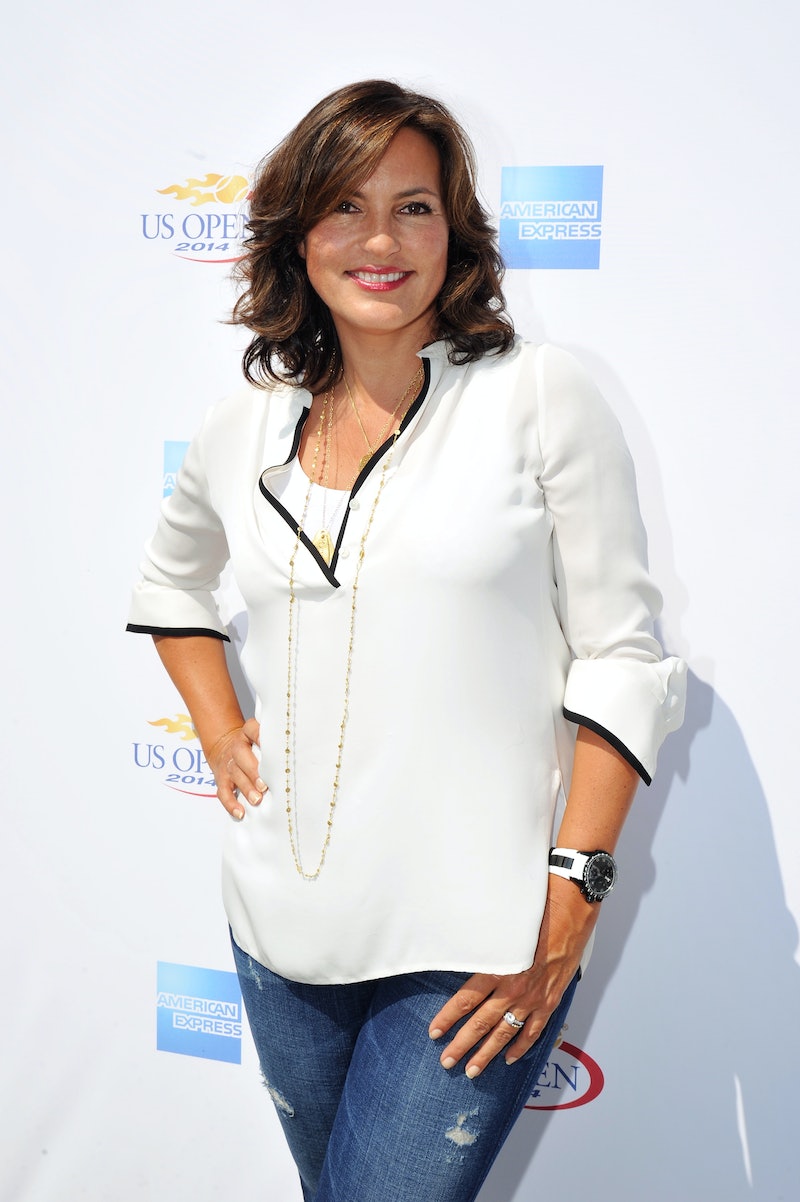 As Jane Austen would say, "It is a truth universally acknowledged that Mariska Hargitay is a bad ass." Or, you know, something like that. At this point though, I dare someone to challenge me on Hargitay's serious cool factor. She's Olivia Freakin' Benson for crying out loud, and she's gotten the dirtiest, "most heinous" (Thanks SVU intro) fictional criminals of the streets of NYC for the past 15 years. We should all be bowing at her sensible, cool under pressure, no nonsense feet. In fact, a certain pop singing celebrity did just that. Taylor Swift named her cat Olivia Benson. Why? Because she gets it. Hargitay, and subsequently, Benson, are people to be lauded. Or in Swift's case, people to name your kitten after. It's the thought that counts, right? Making the Law & Order: SVU actress even more endearing, is that she's appreciative of things as trivial as kitten naming. Mariska Hargitay responded to Taylor Swift's cat name choice on Instagram, and her reaction is beyond perfect.

I don't think I've ever seen anyone rock a pun as hard as Hargitay in this Instagram post. Truly, I'm in awe of her utter sharpness and wit. Hargitay posted a picture of her wearing a cat collar, adorned with a heart shaped medallion engraved with the name "Olivia Benson," on both her Twitter and Instagram. Let's be honest people, Instagram allows us a little more creativity because you don't have to confront that 140 character limit as we sadly all have at one point or another. Hargitay directly calls out Swift and talks about her new kitten with the very special namesake, but does it in the most hilarious way possible.

But, if you want to witness her true humor, read her Instagram caption:

Surprisingly, this Swift shout-out is hardly the best thing on Hargitay's Instagram. There are hilarious gems scattered throughout her social media account in between what are mostly beautiful scenic shots, behind-the-scenes snaps, and cute candids with her kids. You can't expect her to be serious all the time.

Check out some of her funniest Instas below:

THIS IMAGE OF MARISKA LETTING IT GO

She looks fab with blonde hair.

THIS PHOTO WHICH IS CAPTIONED, "PEACE OUT ON YA BIRTHDAY."

AND MY ALL TIME FAVORITE...