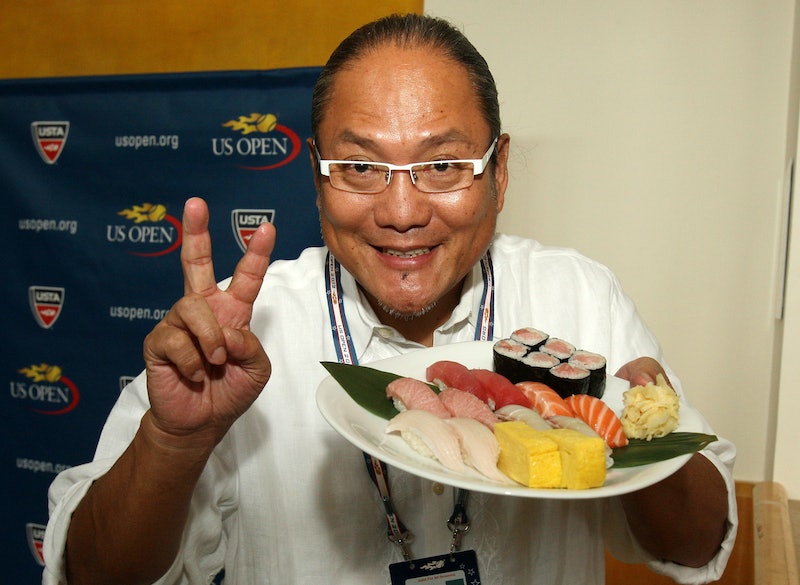 Demographers at the University of Virginia's Cooper Center digitally mapped out 2010 Census Data by race and ethnicity, painting (well, mapping), a striking picture of continuing segregation in the United States.

Now that we've exhausted the possibilities of the DNA testing + mistaken paternity scandal plot, everyone's favorite mail-order-genetic-sampling test may have found new life: Researchers say 21 states have been mislabeling fish. Luke, that trout is not your father. Or, for that matter, trout.

A photographer used a high-res scanner to ask: Does the top bun on a fast food sandwich actually just serve as cover for the mystery meat beneath it?

President Obama honored the Miami Dolphins NFL team for their historic perfect-record season (just, you know, 40 years late). As Nick Abrams at the Huffington Post points out, the President's probably drawing a not-so-subtle comparison to the Affordable Care Act, which is, at this point, also undefeated.

This is the science behind marijuana that may have convinced Dr. Sanjay Gupta to jump on the legalization bandwagon. Has it convinced the White House? That's unclear: Press Secretary Josh Earnest dodged the question at a press conference today.

Related: The New Republic's Mike Schaffer called for a "rebranding" of pot and its paraphernalia: "According to polls, four in ten Americans have smoked the stuff, which guarantees that the average smoker looks more like a the chair of your PTA than Shaggy from Scooby-Doo. So why must the most public of its devotees hold on to the look, feel, and sound of a dorm-room homage to an imaginary version of the 1960s? You can do better than this." Again, the White House has offered no comment.

Today marks the 60th anniversary of “K Day” – or the day the press was allowed to report on the findings of Dr. Alfred Kinsey’s research on sexuality and women.

The Telegraph reports his new employees will likely suffer from twice-a-day "desk rage" anyway, which is totally a thing. Tip, Rupert: Invest in some solid computers and thank your employees for their hard work. Also, no gossip!

Amazon compiled a list of the funniest user-reviews on their site, like Diane P. on the "Three Wolf Moon T-Shirt": "I believe that wearing this t-shirt has made me a better man, which is remarkable because, well....I'm a chick."

And finally, here's The New York Times asking all the important style section questions about lipstick:

More like this
Watch Jacinda Arden’s Devastatingly Honest Resignation Speech
By Sam Ramsden
What The UK Blocking Scotland’s Gender Recognition Bill Means
By Sam Ramsden
Here’s Your Daily Horoscope For January 27, 2023
By Mecca Woods
40 Things That Instantly Make Your Home Look A Lot Better For Under $35 On Amazon
By Nina Bradley
Get Even More From Bustle — Sign Up For The Newsletter
From hair trends to relationship advice, our daily newsletter has everything you need to sound like a person who’s on TikTok, even if you aren’t.