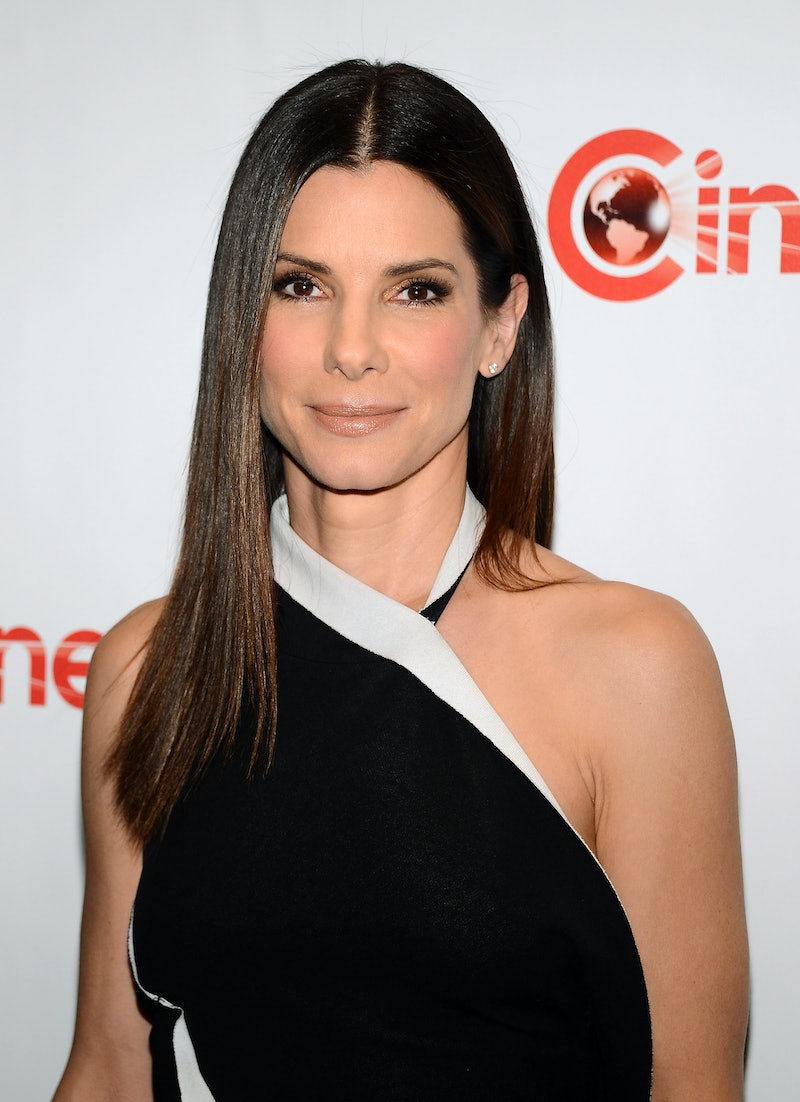 As if her 2013 wasn't already busy enough already, The Heat star Sandra Bullock is in talks to star as evil orphanage head Miss Hannigan in the Will Smith and Jay-Z-produced remake of Annie. Bullock, whose upcoming schedule includes promoting The Heat, the October release of Gravity, a voice-over role in Minions, and a likely Heat sequel, would join a star-studded cast that includes Quvenzhané Wallis and Jamie Foxx.

Bullock, of course, has proven her acting chops time and time again. But can she sing? Apparently, yes:

While Bullock won't be getting a Grammy anytime soon, she's not half-bad. This isn't surprising; after all, this is the woman who can dance, play wine glasses, and speak German like a boss. Add this to her Oscar win and adorable 3-year-old son, and it's almost enough to make us want to take this title back.

We kid, we kid. We love Bullock just as much as the next person, and if the rumors are true, we think she'd fill Miss Hannigan's shoes quite nicely.

Do you agree? If not Bullock, who would you like to see in the role of Miss Hannigan?