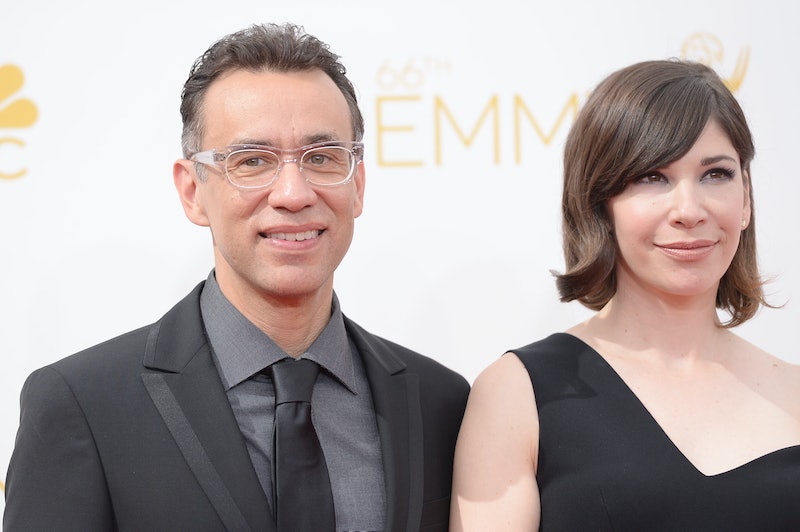 Pour yourself a cup of artisanal pour-over coffee because the fifth season of Portlandia is on its way...in a year, but still — It's coming! Carrie Brownstein and Fred Armisen's hilarious sketch show that chronicles the too-cool-for-us-all life and times of Portland denizens will feature the two executing their trademark wit as per usual, but there will also be a whole new slew of incredible Portlandia guests joining Carrie and Fred this season. Judging by the big names on the roster, it should definitely be worth the wait, even if your pour-over coffee gets a bit cold in the interim.

According to Splitsider, some of the folks that will be joining Brownstein and Armisen include Orange Is The New Black's Natasha Lyonne, The Simpsons creator Matt Groening, Paul Reubens, Glee's Jane Lynch, and Olivia Wilde. It's an impressive list, and those names should definitely increase the anticipation level for the new season.

There's no word yet about who these celebs will be playing, but Brownstein has been posting pics from the production process which can give you some hints as to what will go down. For one thing, we'll get to see Fred don a skeleton suit, so let your imagination run wild with that thought!

I'm pretty sure that these pics are gluten-free, artisanal, and original from a natural farm, and cooler than all of us — but not too cool, since some of them are available below for you to see.