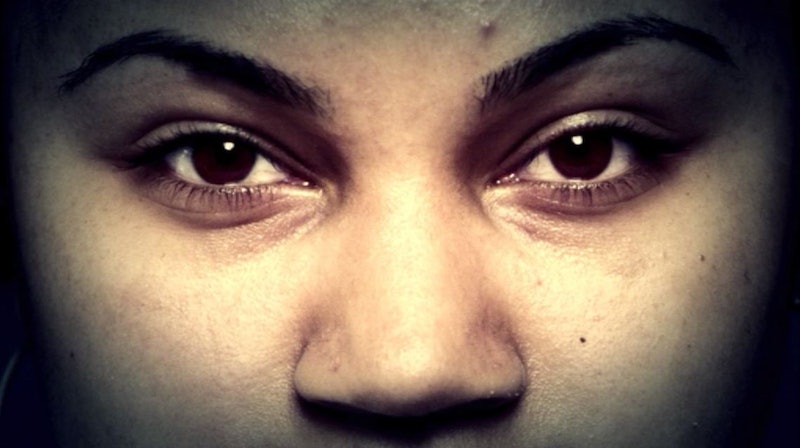 A lot of people have been pleasantly surprised with Orange is the New Black's creator Jenji Kohan's admission that the show's white, pretty, privileged main character, Piper Chapman (Taylor Schilling), serves as a Trojan Horse through which she can tell the stories of non-white, or old, or less marketable characters than a blonde lady who went to Smith.

But the Trojan Horse was never well hidden. It's evident before you start the show. The main character isn't even in the credits — it's a diverse array of faces. It's close-ups of the smiles, the frowns, the smirks of a slew of women we never see on the show. We get to know the piercings, the moles, the pimples, the tattoos of all these women. We never meet these women, yet we are shown the details of how they look and act. The show makes a group of women we'll never know endearing and relatable.

These women clearly have stories to tell, and you wonder who they are. One has Red's distinctive lipstick, another has Daya's easy dimples, one woman looks like she has the laughing eyes of Big Boo. But even if some of them are women in the show, who are the rest?

They're formerly incarcerated women, as it turns out. And they almost weren't even a part of the title sequence to begin with. The original plan for the opening credits was a surreal contrast between Piper's cushy old life and her new prison life.

But Kohan insisted upon a title sequence that gave a more complete view of the show — a show told the stories of many of the women in the Litchfield prison, not just Piper's. So, 52 women were photographed for the title sequence, including the woman whose story the show is based on, Piper Kerman. They were told: "Think of a peaceful place, think of a person who makes you laugh, and think of something that you want to forget."

The results are more real, emotive, and beautiful than any ad campaign Dove could hope to put together. These women are far from cookie-cutter images of beauty, but in just a few moments, the title sequence makes them look glowing and makes these women mean something to us. More importantly, it hits home some of the points that audiences learn through viewing Orange is the New Black: Our prison system is deeply flawed, and it's hurting real people. These are people who matter, who smile, frown, have pimples, and over-pluck their eyebrows, just like we do.

More like this
New ITV Drama Maternal Is Lifting The Lid On Life As A Woman In The NHS
By Catharina Cheung
It’s Official: The Bachelorette Is No Longer A Fairy Tale
By Samantha Allen
Beyoncé & Madonna’s “Break My Soul” Remix Honors A Group Of Black Icons
By Stephanie Topacio Long
On 'Industry,' Marisa Abela Takes Control
By Morgan Leigh Davies
Get Even More From Bustle — Sign Up For The Newsletter