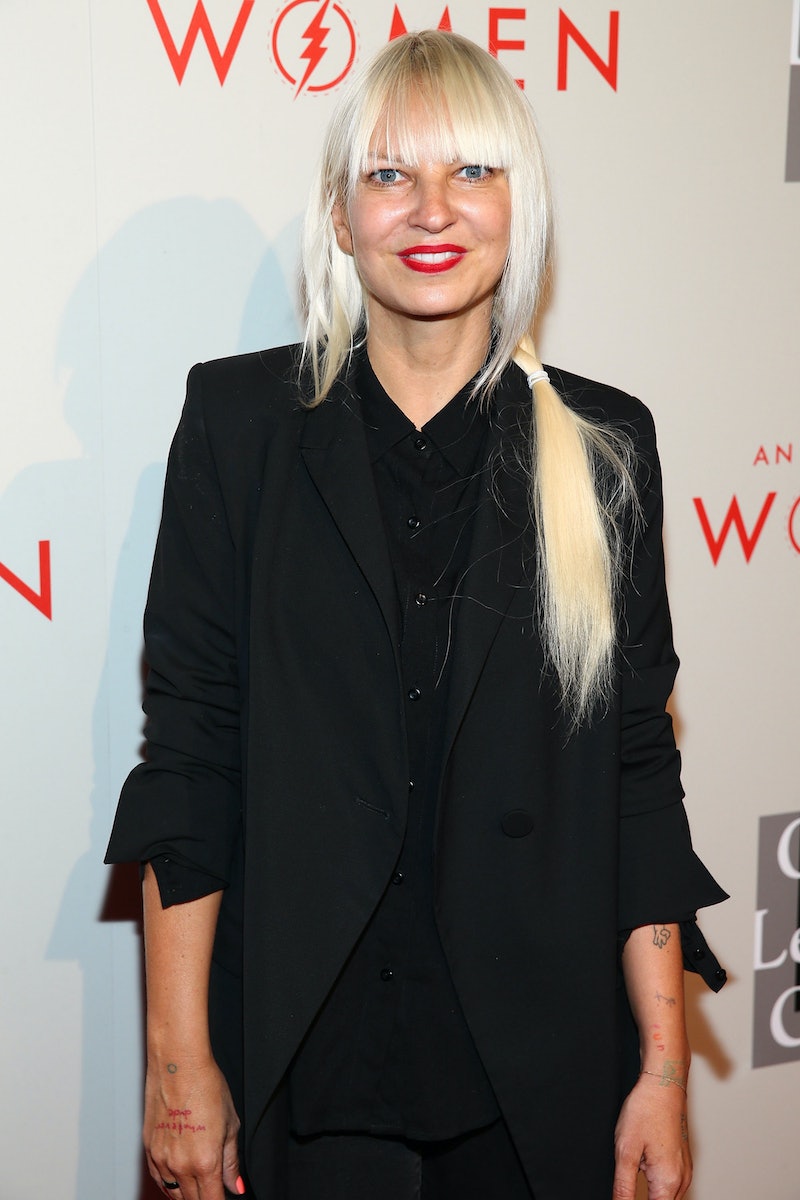 If you're starting to get tired of Sia Furler's breakout hit single "Chandelier," even though you once really liked it, don't fret! On Friday, Sia debuted a new "piano version" of "Chandelier" online, and it puts a fresh spin on the now familiar track. Basically, if you like devastatingly sad songs with lots of emotional belting (and who doesn't?), this new stripped-down rendition of "Chandelier" is for you. Even if you don't typically like those kinds of songs, you should really listen to it anyway. Sia's vocal performance is totally sublime and you don't want to miss out!

I honestly don't think that I could ever get tired of listening to "Chandelier," but it does get played a lot on the radio, so I can understand how a person could start to become annoyed by it. I mean, I can't understand understand, but I can kind of see how someone could get to that place in their life. Sort of. Perhaps. Maybe.

But seriously, though my love for "Chandelier" is deep and true, the production on the original version of the song can sound a little loud and "busy" at times, which makes it hard to truly appreciate Sia's unique and powerful voice. It also makes it even more difficult to understand her — and she really doesn't need any help in that area!

The piano version of "Chandelier," however, puts Sia's beautiful vocals front-and-center — and it's at least 48 percent easier to decipher what she's singing. At least! Trust me, you'll get lost listening to it. It's absolutely stunning.

The piano version of "Chandelier" is available on iTunes now.