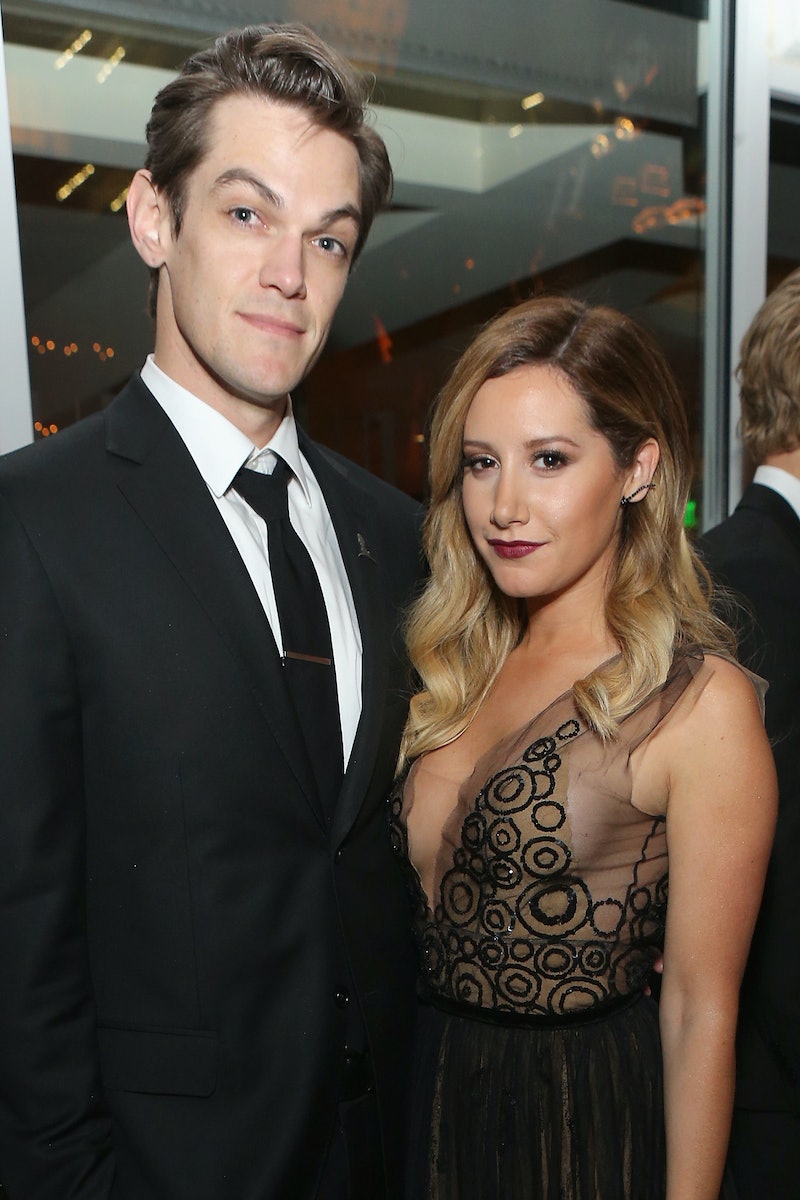 Man, weddings are all the rage in Hollywood right now. Taking a page out of Brad Pitt and Angelina Jolie's book, Ashley Tisdale got married in secret on Monday. (I know, who gets married on a Monday?) The High School Musical star wed her fiancé of a little over a year, musician Christopher French, and thus far, we really don't know much beyond the fact that the two look blissfully happy in the photo Tisdale posted to Instagram. "Best day of my life! Introducing Mr. and Mrs. French Sept 8, 2014," the actress captioned the pic.

Being that French and Tisdale were engaged for over a year, it's likely that their marriage wasn't a last-minute, thrown-together type of affair. Despite the public knowing very little about their wedding planning — or their wedding, for that matter — it looks like every "i" was dotted and every "t" was crossed for the big day. What? I can tell a lot from a single Instagram photo.

Personally, I think it's pretty cool that Tisdale and French didn't make a big, public to-do of their wedding. With the risk of sounding rude, it isn't like either one of them are giant stars, so they could have used their big day as a way to garner some publicity or cash a check from Us Weekly for a wedding day spread. But nope. They just quietly got married (on a Monday!) and Tisdale released the first photo herself. Very cool. Congrats, guys.