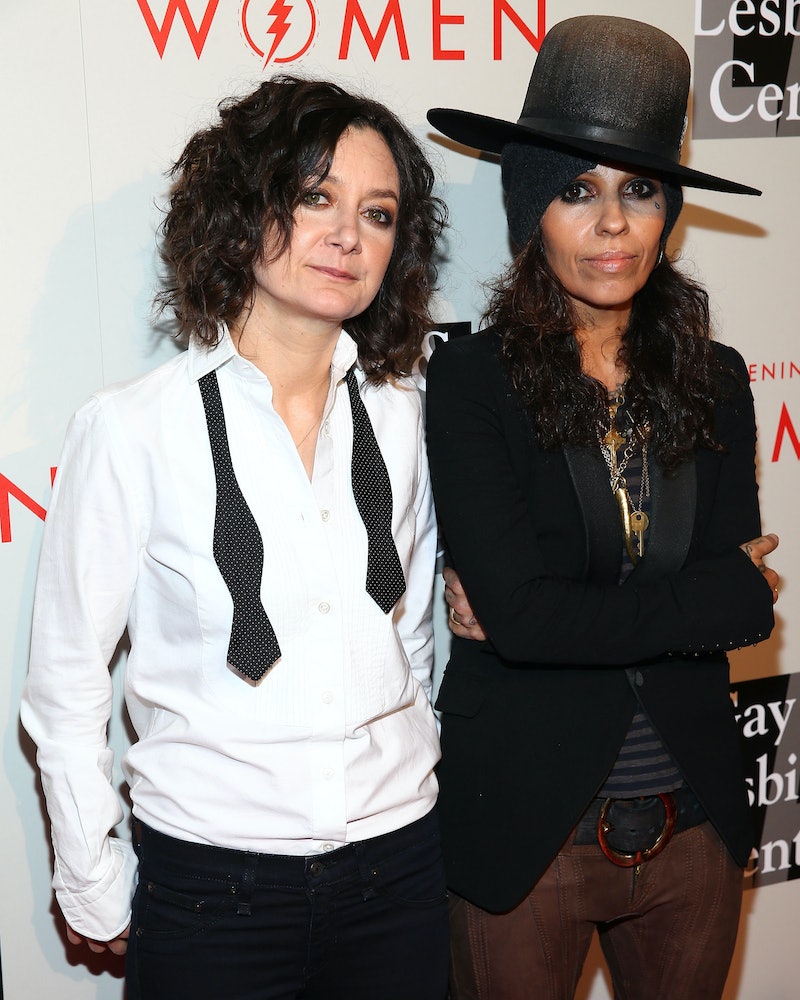 Move over, Kate Middleton, there's a new pregnant lady in town. The Talk co-host, Sara Gilbert recently announced that she's pregnant. Darlene from Roseanne (oh, come on, you know that's how you'll always think of her, too) revealed that she's expecting with her wife, singer Linda Perry, on her talk show on Tuesday. Her co-hosts, Sharon Osbourne, Aisha Tyler, Julie Chen, and Sheryl Underwood, as well as the audience, apparently freaked out at the announcement. Very cute. Gilbert has two other children from her previous relationship with TV producer, Alison Adler — a 9-year-old son, Levi, and a 7-year-old daughter, Sawyer. This is Gilbert's second pregnancy.

There will obviously be a big age gap between Gilbert and Perry's baby and the talk show host's older kids, but clearly, this was a decision the women thoroughly thought out and very much want. (You don't whimsically decide to have a baby at 39 and 49, which are Gilbert and Perry's ages, respectively.) It will be exciting to hear how Gilbert's pregnancy differs this time around from her last one. I'm sure she'll dish all about it on The Talk.

Congrats to the happy couple, and good luck to them — two big kids and a newborn. Yowza. Although on the bright side, it's probably pretty good timing. At least the older ones are already sleeping through the night and can help out with the baby. Well-played, Gilbert.