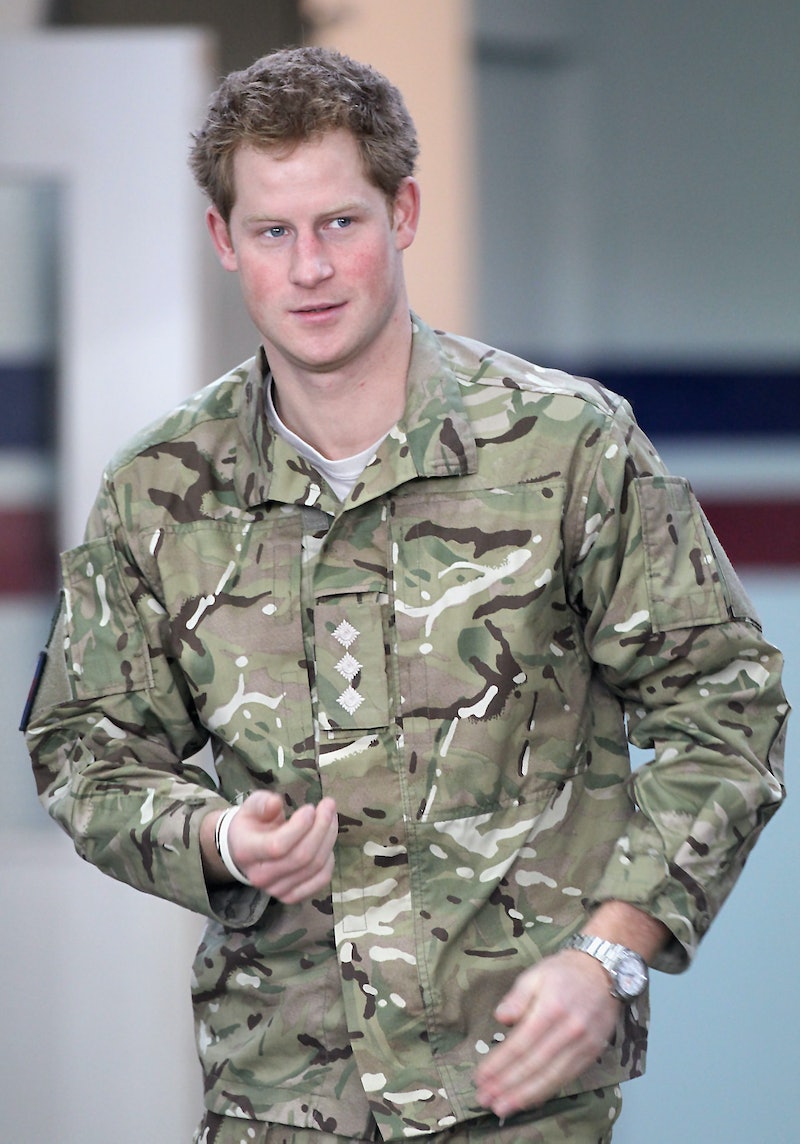 Love Prince Harry, but don't think you'll ever get the opportunity to make out with him? I've got a solution for you: Visit Madame Tussauds in London. Yeah, the wax museum. Madame T's unveiled a wax statue of Harry on Tuesday, and no joke, you've never seen anything so realistic in your life. (Though, for the record, it's probably not in your best interest to roll into a museum and start making out with a wax figure, but to each their own.)

In the replica, Harry's got on his army fatigues, and, naturally, his signature devilish grin. The statue will be replacing an older one of Harry that's been at the museum since 2006, and man, I can't stress this enough: It's so, so good. Like, freakishly good. I genuinely thought it was just a photo of Harry when I first happened upon the picture. Compliments to whoever did this. I'm so used to wax figures being more creepy than realistic — Brad Pitt and Angelina Jolie's Madame Tussauds statues, anyone? This is by and far, the best one I've ever seen.

So, yeah, if you're a royalphile, or simply have a school girl crush on Harry (who doesn't?), this statue might be worth making a jaunt across the pond for. I hate to break it to you, but it's probably the closest you'll ever get to him. But, hey, it's one helluva substitute.