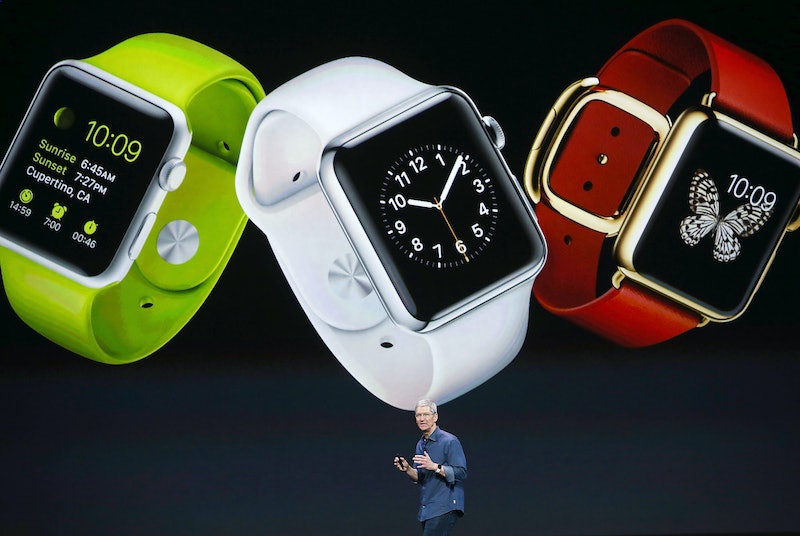 On Tuesday, Apple announced a bunch of new products, including the iWatch, and you know what that means: Endless Apple Watch memes, created to mock and parody said products. Especially when said products include the extremely easy-to-make-fun-of Apple Watch, which, like any wearable device, is bound to make you look like you're going to a Futurama cosplay convention. The thing is like a joke that rights itself, so don't be surprised if you're inundated with memes in the next few weeks.

As meme-makers churn out these chuckle-inducing JPEGs, it's becoming clear that a few themes are forming. Before the high-tech device drops in stores, people from all over are making their own makeshift Apple Watches. And the results are brilliant — well, some of them are kind of depressing, but brilliant nonetheless.

Other themes emerging in meme land include the inevitable jibes suggesting that whoever would wear one of these things probably falls into the same category as someone who polishes their Yoda figurines every night before bed. And then there's that other inevitable suggestion: that Android will copy everything Apple announced today, and release a bigger version in a few months. Alternatively, that Android was there first.

And this is only the first day.

Apple Watch on a Budget

It's Only a Matter of Time (Pun Intended) Before Android