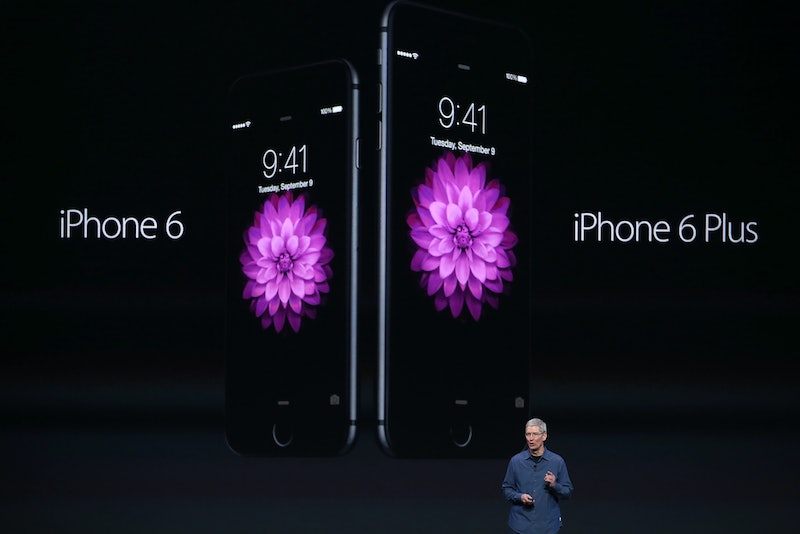 All over the country, Apple loyalists are lining up — figuratively, if not literally just yet — for the iPhone 6, announced by CEO Tim Cook Tuesday at the much-anticipated Apple event in Cupertino, California. Cook also showed off some other new offerings, including the Apple Pay system and the (really cool looking) Apple Watch, but make no mistake, there's a legion of people for whom the new iPhone model is always the crown jewel. But here's an essential question: What's the best way to save your iPhone's battery life?

It's a valuable question to answer. Battery-wise, the basic iPhone 6 is just a marginal upgrade from the iPhone 5S, estimated at a relatively paltry 11 and 10 hours of video or Wi-Fi use per charge, respectively. Try taking it onto the web via 3G, and the advantage disappears entirely, with both models getting just ten hours.

The iPhone 6 Plus, however, is a bigger upgrade, with Apple claiming at least 12 hours per charge. But if you've used any iPhone as heavily as I do, you know full well that these estimates can be wildly optimistic — at best, I'm don't think my iPhone's ever really topped eight hours on a single charge. Luckily though, there are some steps you can take to cut back on your phone's inefficiencies, and save a little battery on your own! Here are some tips to avoid being tethered to that wall charger...

This is a pretty simple one to grasp, as detailed in The Telegraph. A feature introduced with iOS 7, your iPhone probably has a number of apps that refresh themselves in the background of your iPhone, even while you're leaving it alone. This can suck up a lot of power, and it's easy to lazily just activate it — makes sense, after all, more frequent updates — without managing what's specifically updating, and whether it's even necessary.

The Facebook app's background refreshing, in particular, is quite a drain on your battery, so unless you're absolutely hell-bent on seeing every time your friend waffles between "in a relationship" and "it's complicated," consider giving it a rest.

Credit to ZDNet for this one — have you ever lifted up your iPhone to you ear before placing a car, and had Siri's voice spring to life inadvertently? That's because, as of iOS 7, you can set Siri to activate whenever the phone is raised near your face. The problem is, to figure out whether it is or it isn't, the phone is constantly scanning with its sensor, burning up battery life as it does so. Just jump into the Siri settings, under General settings, and turn that sucker off. After all, if you want to shoot the breeze with Siri, you can just hold down the home button.

Switch Off Your Location Tracking Apps

There are a bunch of different apps — mainly Google and Apple Maps, Twitter, Facebook and the like — that ask for the slightly creepy privilege of accessing your locational data. The problem with this, as Mashable details, is that it burns up your battery even faster when apps are constantly tracking your moves. So, if you're looking to cool things down and save a little juice, go into your individual app settings and pick out which ones the tracking really matters for, and which ones it doesn't.

The Oldest Trick in the Book: Dim Your Screen

Last, but definitely not least, do the common-sense thing anybody with a leaky battery first thinks of — turn down that brightness. The iPhone has an option for auto-brightness that can be particularly sinister, ramping up the energy usage as your surrounding lights dim without you even realizing it.

Switch the setting to manual, and turn it down to a level comfortable on your eyes, but not beaming like a TV screen. The colors might not be as lush and luminous, but you'll actually have some battery left by the time the evening rolls around.