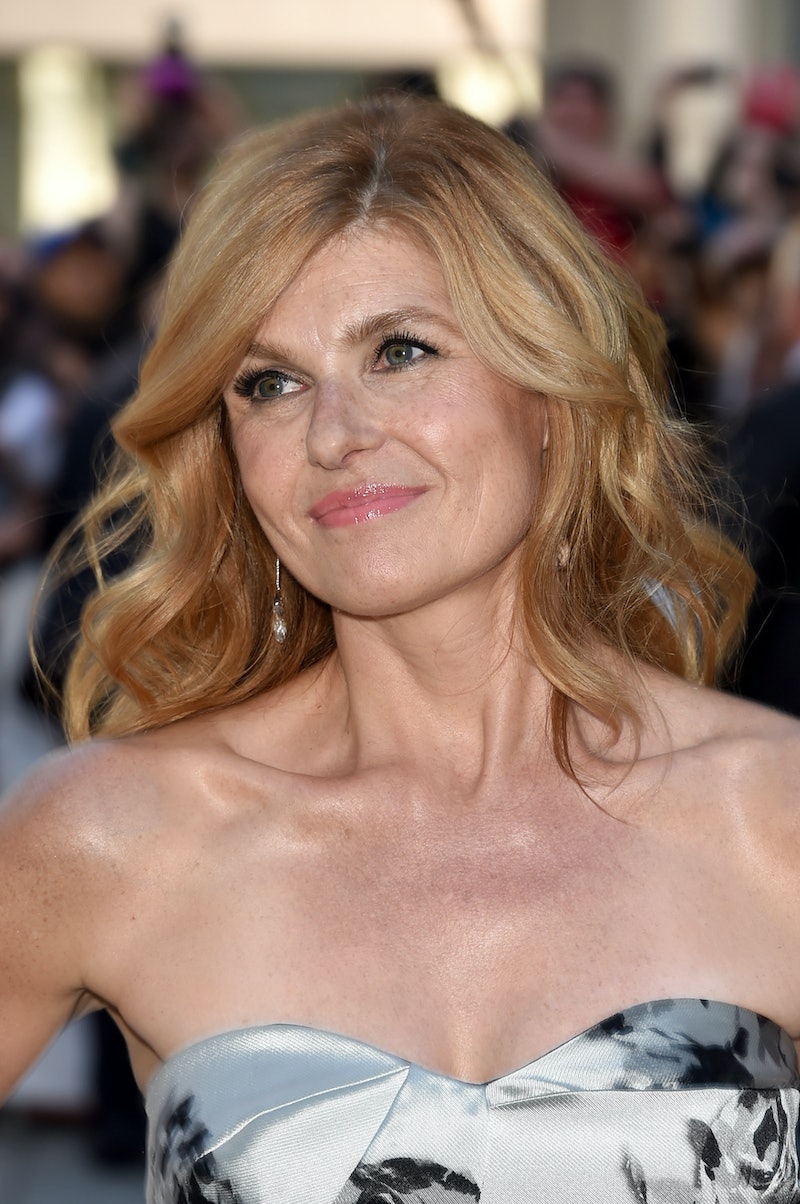 Connie Britton and Adam "king of the sex scene" Driver almost had the most awkward sex scene ever in This Is Where I Leave You . Entertainment Weekly reports that Britton plays a therapist and "age-inappropriate girlfriend" to Drivers character, so the awkwardness may have been somewhat intentional. In an interview with HuffPost Live, Britton revealed that she and Driver filmed a sex scene that was ultimately cut from the film.

Britton said the sex-scene-that-would-never be was director Shawn Levy's first-ever sex scene, and that he seemed nervous during the shoot. "He was a sex scene virgin prior to that!" Britton said, "I think he was blushing the entire time. It was hilarious." Ultimately, according to Britton, Levy made the directorial choice to omit the sex scene, which is probably a good thing considering Levy's status as a sex-scene newb. Otherwise, the film might have ended up with a scene that reflected the director's discomfort, which would have been bad news all around.

Though Britton supports Levy's decision to cut the scene, she adds, "I would've liked if it had been in the movie, [...] you know, if you shoot something like that, it would be nice to have it in there. It showed another aspect of our relationship — a sexual one."

Check out the This Is Where I Leave You Trailer here: