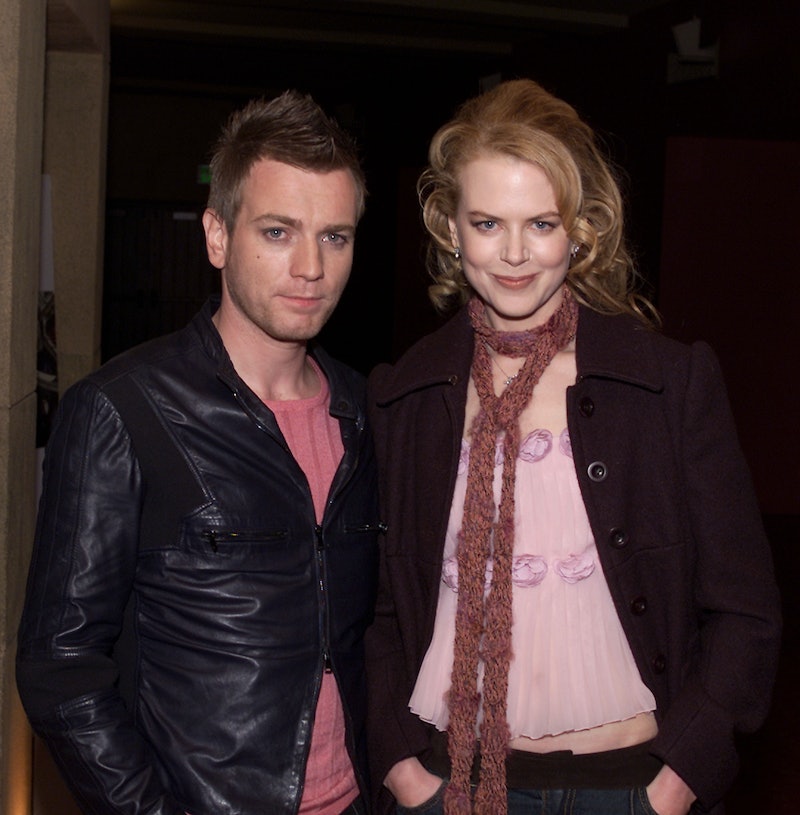 If you were looking to feel a little ancient today, Moulin Rouge is 13 years old. The legacy of the bohemian mash-up musical is a full-fledged teenager, and so its stars Nicole Kidman and Ewan McGregor have been separated by distance, life, and time for a helluva long time. That is, until a New York Fashion Week event brought them together, hosting an impromptu Moulin Rouge reunion that was frustratingly lacking in musical accompaniment.

Kidman, McGregor, and Moulin Rouge director Baz Lurhmann were all reportedly present for the party celebrating the reopening of the boutique Tod's. I am personally mad at each of them for not busting out into a public rendition of "Come What May." The least they could have done was some "Tango Roxanne" action. Did they even spout philosophies about love and life and going after your dreams? Why would they waste this opportunity so thoroughly? Why would the surrounding crowd let them??

At the very least I'm hoping Lurhmann tried to convince them to do a sequel. "But Satine died at the end!" Kidman might have chirped. "We can make it work," Lurhmann would have insisted.