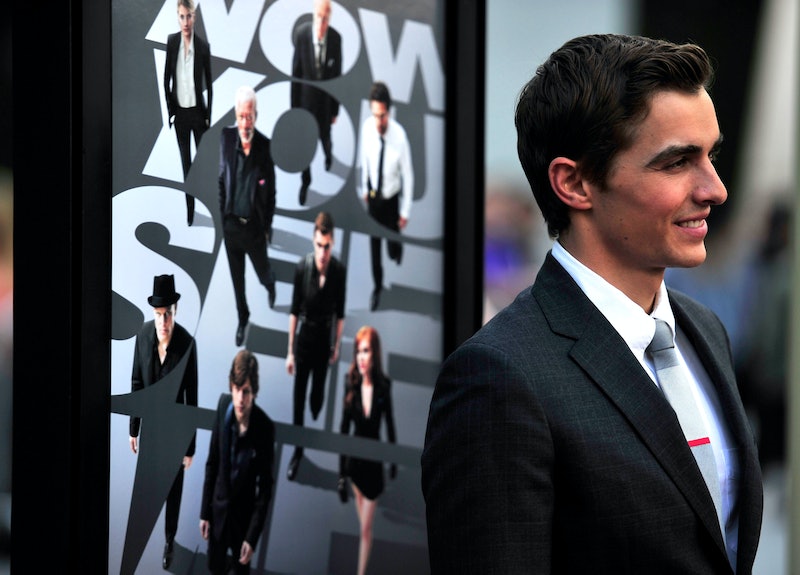 Good news to all of the magic aficionados out there, Now You See Me 2 just got its release date. The first movie, Now You See Me, came out in 2013 and did surprisingly well, making $350 million in the box office worldwide. The first one also ended on a cliff hanger, so fans of the film will definitely be eager to see where the second one picks up. Unfortunately, we are still going to have to wait to see the second film, as it isn't set to come out until June 10, 2016.

2016. Yes, we have to go another year and a half to see who the Four Horseman will dupe next, and if the release date is any indication, I'm starting to think it was us, the fans of the first one. If it is any consolation, Mark Ruffalo, Woodey Harrelson, Jesse Eisenberg, Isla Fisher, Dave Franco, and Morgan Freeman are all expected to star in the second film, with the addition Michael Caine, so at least we can be assured that all of our favorite "illusionists" will be back.

Dave Franco spoke to CinemaBlend on the subject of the sequel, saying that after an initial weariness that the second film will fall to the same fate as many sequels before it, he is really excited about the project, saying that the first one left open enough avenues for them to explore with the second film. And because we got to know the characters so well "on-stage", the second film will spend more time learning about the illusionists off-stage. And of course there will be another scam in there, because that's just what the do.

So while we still have a while to wait, it is pretty exciting that we are assured a sequel. And we know we'll get to see more of this: