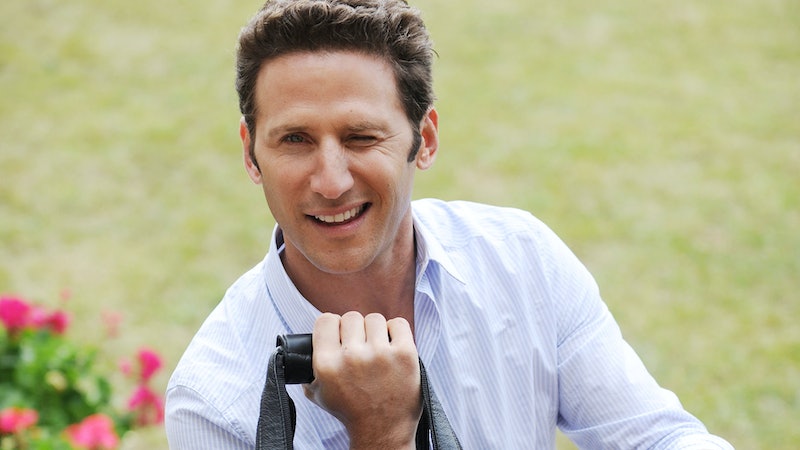 If it's post-Memorial Day on the USA Network, that must mean one thing: easy, breezy pseudo-drama enacted by beautiful people in sun-kissed settings. And wouldn't you know it: Royal Pains hit exactly those marks in its Season 5 premiere last night!

Caught in the blast of a mobster-placed explosive device, I think (my first episode ever here, for which I'm strictly using "previously on" footage to catch up), Dr. Hank Lawson spent the winter undergoing and recovering from intense cranial surgery. Yes, things looked dire for a bit. Hank was in a coma for four days when, as Evan pointed out, they were told he'd be awake before three. But the important thing to remember is that nothing bad can ever really happen in the Hamptons. Patients might die and relationships might crumble, sure, but when you've got:

...you know everything is going to be pretty okay.

In one smoooooooooooth hour we caught up with every member of HankMed, each of whom dealt with the fallout of Hank's coma in their own way. Evan took it especially hard, delaying buying a house with Paige out of fear that he wouldn't be available enough for Hank. Which, thankfully, Paige sussed out immediately: "you're worried about separating from Hank while he's recovering." You guys should get married you know each other so well.

Divya, ditched by HankMed's sometimes doctor Jeremiah (who I think is... aware he's on a TV show), found herself diving into business — assembling a crew of doctors to fill in while Hank was indisposed. Would this come back to bite her in the ass?

New character Mrs. Ballard (Frances Conroy) says 100 percent YES. The boys found Ballard, a wealthy Hamptonite, casually passed out on her lawn and revived her in their mansion medical center. What they didn't know... is she's a stickler for rules, and by episode's end is coming after HankMed for keeping more doctors on staff than is legal for a home office. While this seems par for the course in the Hamptons, where I'm led to believe ALL doctors operate out of mansions, I can understand her frustrations.

Since it seems to this admittedly untrained RP viewer that Hank is some kind of super-doctor, encyclopedic in his medical knowledge and Mother Theresa-esque in his bedside manner, I'm confident none of those problems will be problems for long. But if they are? At least we're in the Hamptons, baby, where comas are just flashbacks and peace is just a pair of salmon-colored shorts away.

To the summer of our lives!

More like this
The Umbrella Academy Cast Breaks Down That Wild Season 3 Finale
By Gretchen Smail
Jurnee Smollett’s Heart Is Healing
By Rebecca Carroll
6 Mind-Blowing Fan Theories About How Stranger Things Will End
By Kadin Burnett
What Working At Marvel Is Really Like, According To A 'Ms. Marvel' Co-Creator
By Gretchen Smail
Get Even More From Bustle — Sign Up For The Newsletter