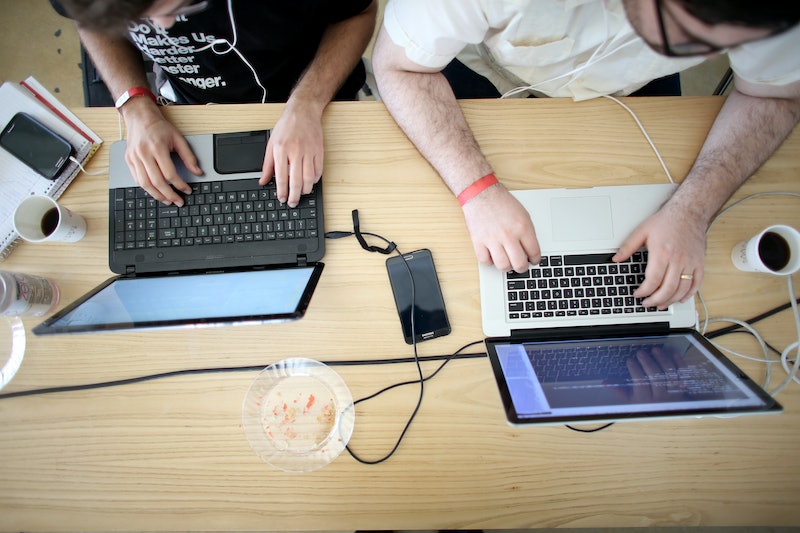 Dozens of your favorite websites banded together Wednesday and asked their audiences and other sites to change to support the Internet Slowdown, the daylong online protest against proposed net neutrality changes. This time, the "spinning pinwheel of death" may not actually mean your pages are loading painfully slowly, but gives an accurate idea of what the Internet faces if the U.S. Federal Communication Commission wins out.

The organizers, who refer to themselves as Team Internet, include all of your favorite time sucks: Netflix, Grooveshark, Vimeo, Etsy. But the team also recruited Mozilla, the developers behind Firefox, and a slew of other sites and organizations. Though Google did not promote the Internet Slowdown campaign using its materials, they did send out emails this morning backing a "free and open Internet."

Team Internet asks its fan and customer bases to change social media avatars and website banners to a loading symbol for the duration of Sept. 10. They've even made one with a cat! Because the Internet wouldn't really be the Internet without cats, would it? Internet Slowdown won't actually affect the speed of the site, but the visibility can spread awareness about the controversial proposed changes to net neutrality. The banners will lead back to their site, which offers resources on how to get in contact with legislators before the Sept. 15 comment deadline on FCC Chairman Tom Wheeler's newest proposal.

The FCC is weighing options for Internet service providers that would allow them to charge extra fees to companies with high traffic, or to slow loading times for customers. The threat against net neutrality, also called open Internet, is also of particular concern to groups such as the ACLU, who fear that cable companies would be able to control what content you can see and how it is delivered.

The protest is a pretty visceral way to demonstrate how net neutrality could affect the average consumer. Even if you haven't kept up with the ins and outs of the battle for net neutrality, you can understand something like this:

Whatever side of the debate you're on, you have to admit they know their audience. Today's high-speed Internet is a far cry from the dial-up whirrs of my childhood, where minutes would tick by as pages loaded and I wouldn't give it a second thought. We've all become impatient. We expect our Internet to give us exactly what we want, when we want it. It's unsurprising that many of the most vocal online companies in this fight have been streaming services such as Netflix or Grooveshark. Imagine if those moved at a snail's pace?

Images: Battle For The Net