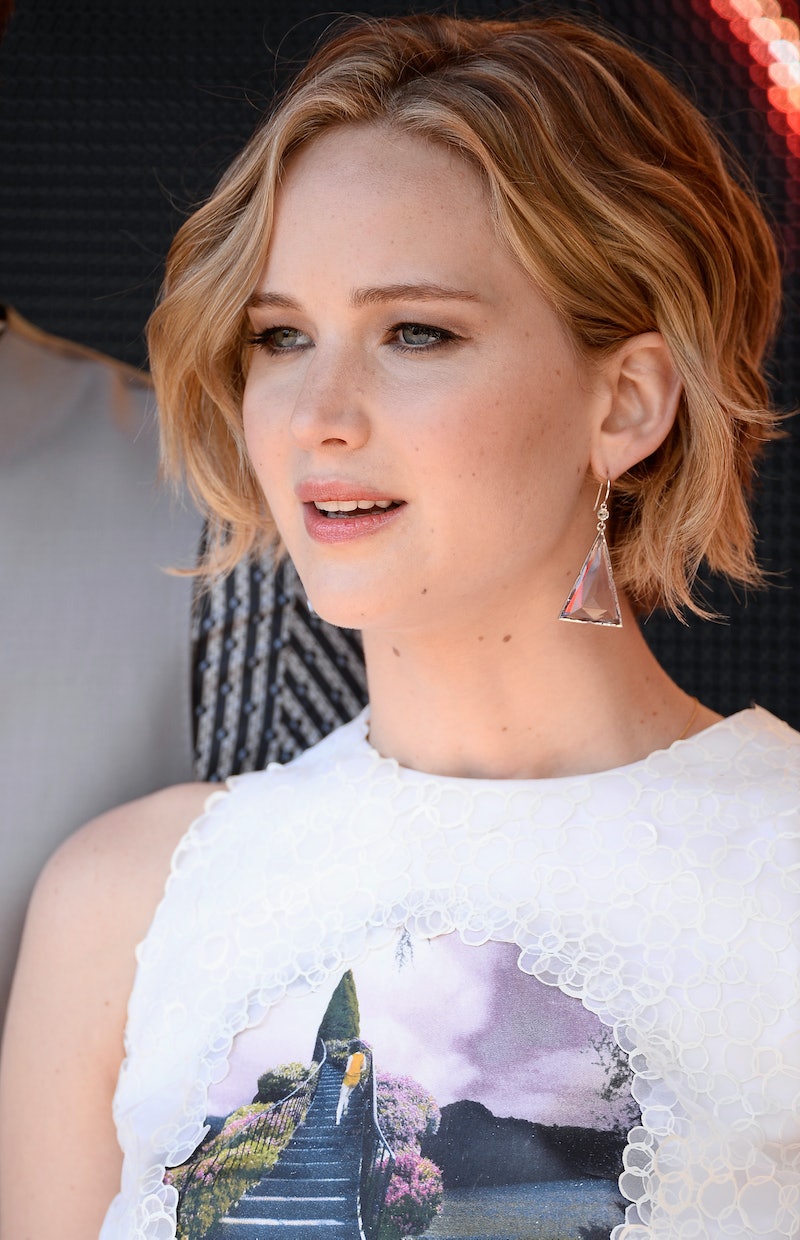 The moment we've all seen coming since this news story came out has finally arrived. Recall, if you will, the artist planning to use Jennifer Lawrence's nude pictures in his show in Florida, as well as Kate Upton's and who knows who else's. The show, called “No Delete”, was being put on by Los Angeles artist XVALA in Saint Petersburg, Florida and would feature life-size, unaltered versions of the celebrities' stolen intimate photos to make a statement about digital privacy and how easily it can be violated. Now the artist has canceled the show after a change of heart, thank goodness.

“It wasn't just about being ‘hacked’ images anymore, but now presented in the media as stolen property,” said XVALA, according to TheWrap. “People were identifying with Jennifer Lawrence‘s and Kate Upton‘s victimization, much more than I had anticipated, which is powerfully persuasive.”

Cory Allen Contemporary Art, where the show was going to take place, revealed that people had signed a petition to get the show shut down, which they found "inspiring". But the best part of all this is that XVALA hasn't canceled the show outright; instead of displaying Lawrence and Upton's nudes, the artist will be displaying his own "self-shot, life-size, nude images." Instead of victimizing Lawrence and Uptown, as has been done all too recently by people who have and who might still go looking for the nudes, the artist is showing solidarity with them in a way.

From the start, the blithe willingness to enlarge and display private photos that the celebrities, and their supporters, have made clear they do not want shared and will pursue legal action against those who do has put a bad taste in my mouth. Calling it art doesn't change the fact that it was stealing and no one — no matter how famous — deserves to have people be able to head down to Florida and look at their stolen nude pictures in larger detail. The fact that XVALA and Cory Allen Contemporary Art didn't come to that realization to begin with is disappointing, but their reaction to the outrage is actually a good one.

At the very least, this is much better than when XVALA tried to defend their decision to display the nudes because we all knew that such an action would have been indefensible. I appreciate what the artist is trying to do and say with this art show, but this was hardly the way to try and do or say it.