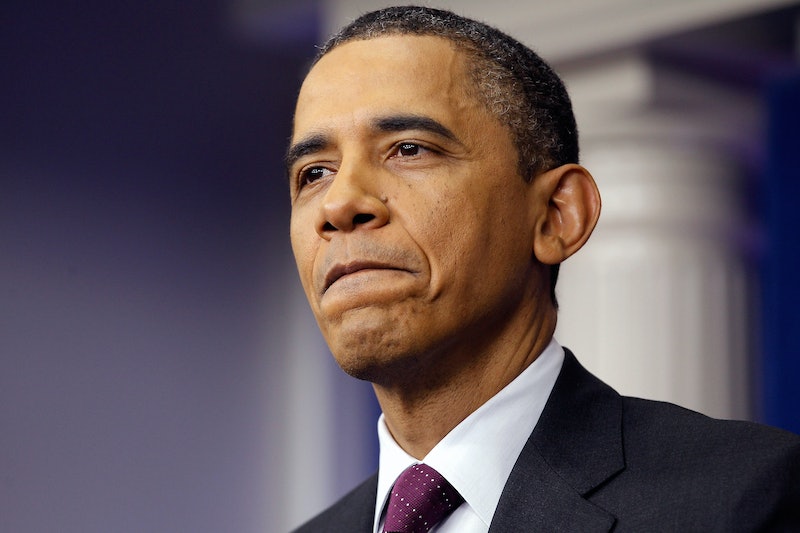 On Wednesday night, President Barack Obama will deliver a highly-anticipated speech outlining his plans for dealing with the Islamic militant group ISIS. Secretary of State John Kerry landed in Baghdad ahead of the address to speak with newly-instated Prime Minister Haidar al-Abadi and grease wheels for a U.S. plan in Iraq and Syria. Basically, it looks like we're finally about to see the White House authorize action against ISIS.

Speculation of U.S. intervention mounted as ISIS seized cities across Syria and Iraq, but the call for action rose to fever pitch with the brutal beheadings of American journalists James Foley and Steven Sotloff. Obama has skirted specifics of his plans (or lack thereof), but it seems like he may be ready to lay out a strategy for dismantling the militant group after a closed-door meeting on Tuesday.

On Tuesday evening, the White House issued a statement.

NBC reported Wednesday that a senior administration official said Obama is "prepared to authorize airstrikes in Syria," and although he has ruled out any American soldiers on the ground, Obama has asked for authority to train Syrian troops. This (for once) got a show of support from House Speaker John Boehner, which means that Obama may be ready to roll out a plan Wednesday with at least some Republican backing.

Meanwhile, Kerry's unannounced pitstop in Baghdad will likely continue his efforts to drum up allies in the fight against ISIS and show support for the new government. The White House said that Iraq must establish new leadership before it would involve itself in the conflict. Former Prime Minister Nuri Kamal Al-Maliki targeted and forced many Kurds and Sunnis out of office, adding fuel to the Sunni jihadists ISIS. Although he is a Shiite like Maliki, new PM Abadi has started to reestablish a more balanced government.

While we may not get concrete plans from the White House just yet, Obama is answering the public call for action against ISIS. We just have to stay tuned to know what that is.