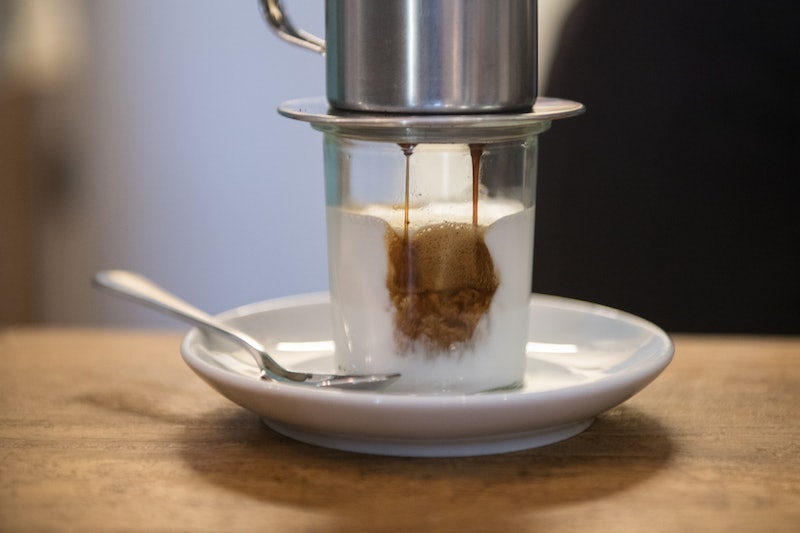 Dunkin’ Donuts may have recently upped its non-dairy milk alternative game by offering almond milk at its stores — but one of its competitors has a little trick up its sleeve, too: Starbucks is currently testing coconut milk in a small number of its locations (because we can never have enough Starbucks news, right?). By “coconut milk,” though, we’re not talking about the stuff that comes in cans; canned coconut milk is terrific for cooking, but for drinking? Not so much. But a number of companies, including Silk, offer a version in a carton that makes for a terrific non-dairy alternative for those who can’t drink, or simply don’t like, cow’s milk. Yum.

According to Reuters, Starbucks’ coconut milk test is happening in a handful of stores in Los Angeles, Cleveland, and Oregon. A spokeswoman declined to say exactly how many stores currently offer it, though; as such, if you want to try it, you might just have to wander from Starbucks to Starbucks until you find it. The spokeswoman did note, however, that they’re still not testing almond milk out of concern for people with nut allergies.

Interestingly, this isn’t the first time the ‘Bux has attempted to gauge interest in coconut milk; according to Starbucks Melody, it first hit Cleveland and Portland back in May. This particular run was scheduled to end on Sept. 1, but it looks like it may have earned an extension.

Thank you, Overly Dramatic The Notebook-Era Ryan Gosling. You're right. Coffee is a serious business.

Furthermore, roughly six months before that (December 2013, if my math is right), coconut milk put in an appearance at stores in San Diego and Everett, Washington. The writer behind Starbucks Melody actually did have a chance to test it out during the initial Portland run; she found that it didn’t make for a good latte due to its watery consistency (it doesn’t foam so well), but that it worked quite well in a Frappuccino.

As Consumerist notes, though, just because Starbucks is testing coconut milk out doesn’t mean it’ll become a menu staple. The fact that this is the milk alternative’s third round of testing can be taken either as a good thing — “They like it! Let’s keep testing it!” — or a bad thing — “Well, it didn’t work before, but maybe three times is the charm?” — so do with that what you will.

More like this
An Expert Weighs In On The Viral Raw Carrot Salad Trend
By Alexis Morillo
Learning To Love, Not Judge, The Lunchbox Wives Of TikTok
By Esther Zuckerman
16 Trader Joe's Appetizers That Are Total Party-Pleasers
By Kaitlyn Wylde
Dolly Parton Released 4 New Baking Mixes With Duncan Hines
By Alexis Morillo
Get Even More From Bustle — Sign Up For The Newsletter
From hair trends to relationship advice, our daily newsletter has everything you need to sound like a person who’s on TikTok, even if you aren’t.