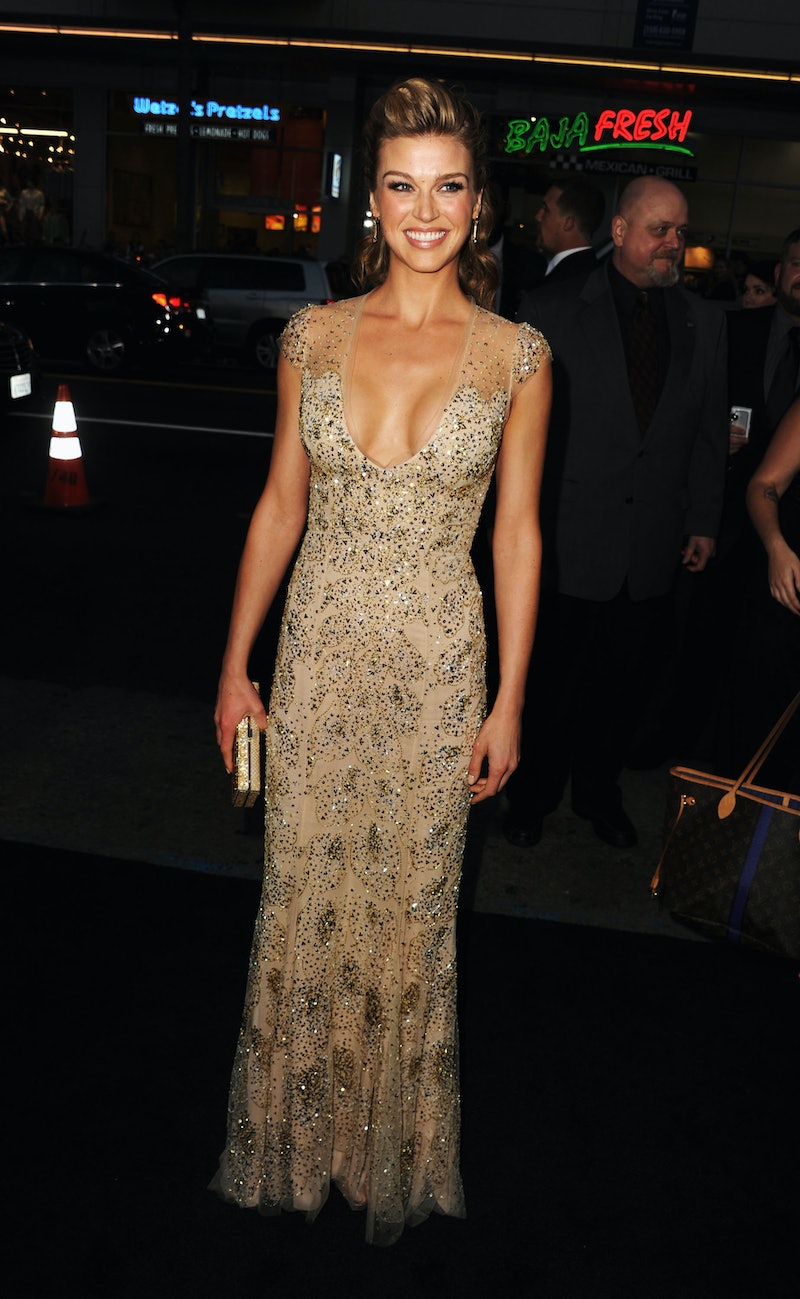 If you've ever watched the American treasure that is Friday Night Lights, no doubt a lot of your time was spent wondering if Tyra Collette, played by actress Adrianne Palicki, would ever get it right. (And if you didn't watch it, MOVE ALONG. We don't want your kind here! Go on! Get!) She was indisputably the baddest bitch in Dillon, Texas, and her storylines, with all the roadblocks she faced trying to get accepted to college and the romantic ups and downs she had with Tim Riggins (!!!) and Landry Clarke, made her one of the most complex characters FNL had to offer. Well, it looks like Tyra's finally getting her happy ending, because Andrianne Palicki is engaged! Squee!

The actress, 31, has been killing it in action films like G.I. Joe since she said goodbye to the Dillon Panthers in 2011, and clearly it's paid off. Her latest non-stop action blockbuster, John Wick, led her to stuntman Jackson Spidell, aka the future Mr. Tyra Collette (like she'd have it any other way, pfft) who was working on the film. He's been a stuntman on both of the Hunger Games movies and The Expendables 2, so maybe their love of adrenaline brought them together? Or maybe he's a closeted FNL fan? I. for one would not be opposed to them getting married in a Dillon Panther jersey and cheerleading outfit, tbh.

Before she met Spidell, Palicki had most notably dated fellow actor Alan Tudyk, known for roles in Dodgeball, Frozen, and I, Robot, but clearly she needed a stuntman to keep up with her. She'll soon be seen in the third installment of the G.I. Joe franchise, and returns to NBC's About a Boy this fall, as well as ABC's Marvel's Agents of S.H.I.E.L.D. Hopefully Spidell doesn't mind taking over the wedding planning.