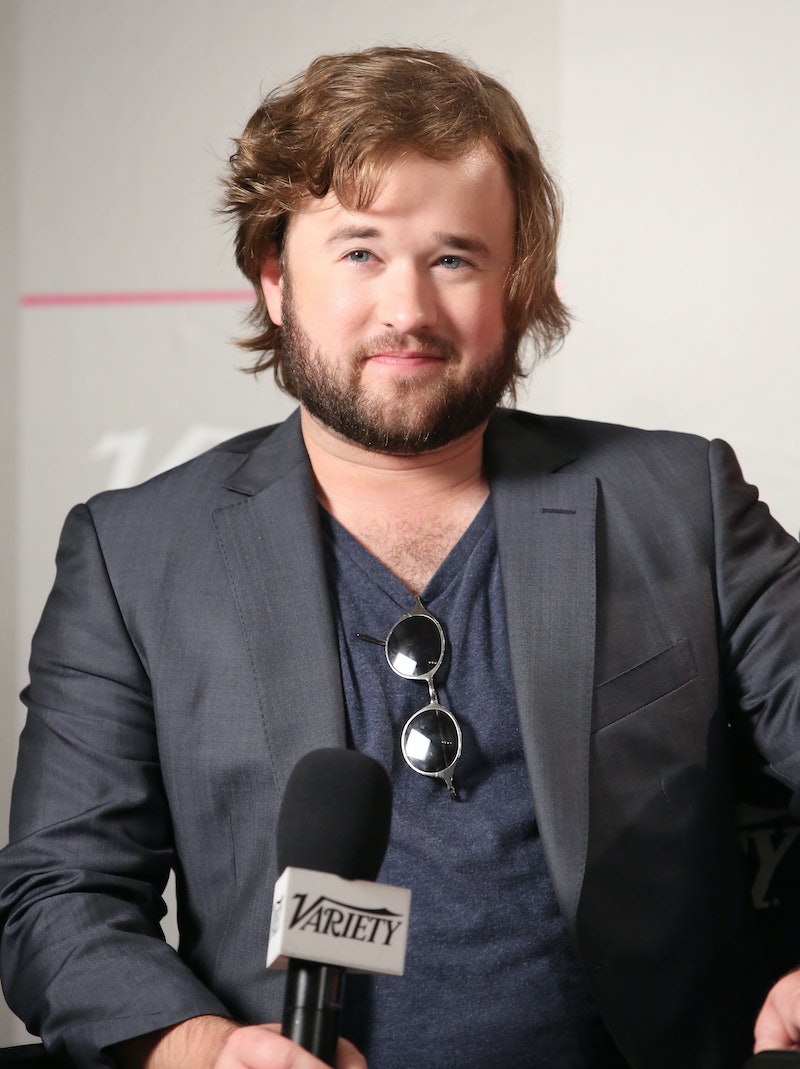 It's a show of major dedication if an actor agrees to drastically change their appearance for a movie role, so I've gotta give Haley Joel Osment some major cred here for this: he's serious about being taken seriously as an actor, and not just "that kid from the Sixth Sense who saw dead people" anymore. Like he said during the Toronto International Film Festival, being a child actor "burns an image into people's minds" that's pretty hard to get rid of, and it takes some work for an actor to shed that image. "When you're a kid and you grow up, it takes some time for people to associate you with more things other than that initial thing," he said. While he added that he doesn't want to consciously fight the association that people have with him and films like The Sixth Sense and Forrest Gump, though, it's definitely clear that he's trying to pave a new path for himself: In Kevin Smith's Yoga Hosers , Haley Joel Osment looks drastically different for his role, which is reportedly that of a Nazi.

There isn't much known about the film just yet, so it's not clear in exactly what capacity Osment will be involved, but it also reportedly stars Johnny Depp and his daughter, Lily-Rose Depp, as well as Smith's daughter, Harley Quinn Smith.

Yoga Hosers is set to hit theaters in 2015. Check out photos of Osment in full costume below.