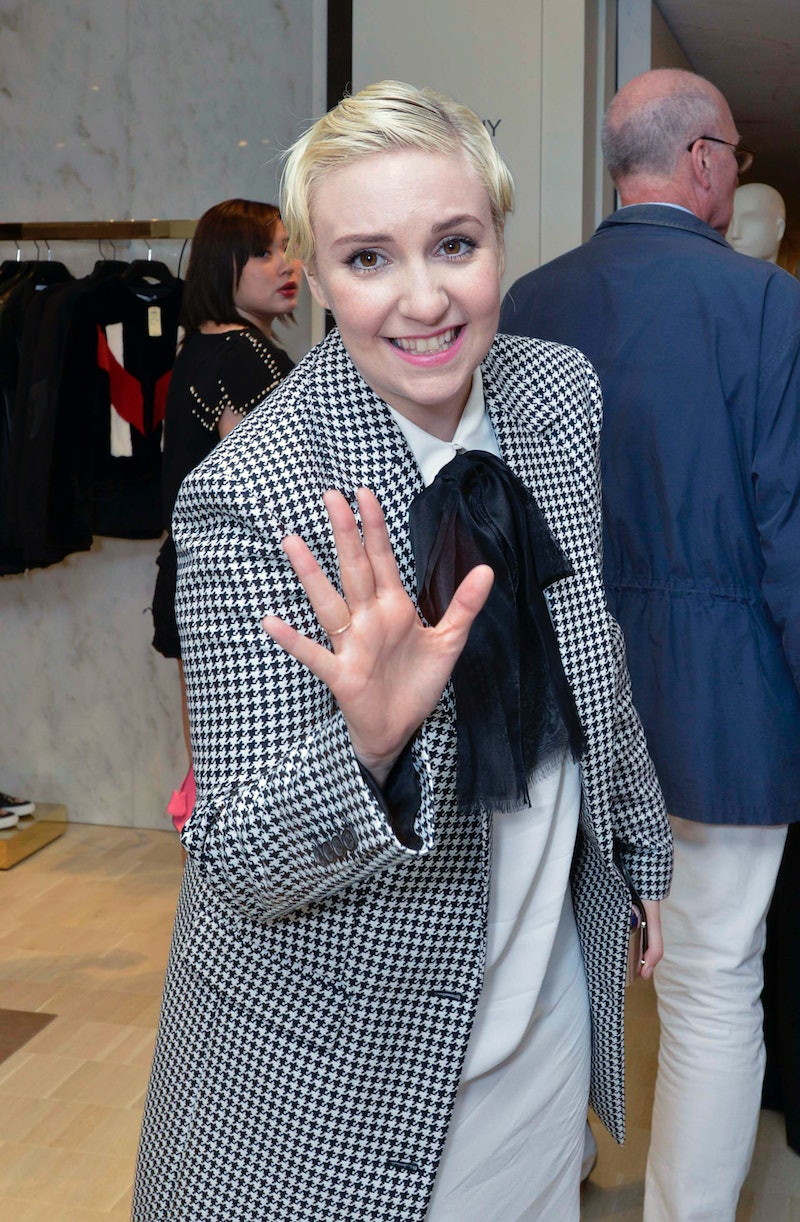 Though there are quibbles and nitpicks to be had all over the place, there are a few public figures who represent the idea of the millennial spirit. One of those people is, of course, Lena Dunham. And so when Lena Dunham completed the Proust Questionnaire in Vanity Fair in promotion of her first book, it's not really that much of a surprise that much of what she had to say about herself had already been illustrated through her prolific use of Instagram.

If you follow Dunham on instagram, chances are you already know the basics: Dunham's a really big fan of her dog Lamby, her boyfriend Jack Antonoff, her work, and her tight-knit family. Each of these made appearances in Dunham's questionnaire answers. When asked what her idea of perfect happiness is, Dunham wrote:

Unmade bed surrounded by books, writing utensils, and the dog; a plate of demolished toast with butter on my chest; loved ones puttering not too close but not too far.

Her admirable self-esteem also made an appearance, with the question "what do you dislike the most about your appearance?":

I’m chillin’ with it all.

Asked about her most prized possession she noted a Victorian diamond ring Antonoff gave her ("Turns out I’m a gold digger—who knew?). Asked who or what the greatest love of her life was, Dunham responded "My family, who inspire me to make things." The entire thing's essentially a crash course in what in this life if most important to the Girls creator. All that's missing is feminist theory and maybe cosplaying Oregon Trail characters with Taylor Swift.How she talked about her dog was also not nearly proportional to the adoration she shows for Lamby online. So let us travel through instagram and take a look at look at the proof that, yes, the following really are the thing Dunham loves the most.

Chillin' with her appearance

Boyfriend and Dog together

That Annie costume, though.

Dog, Herself, and Bed